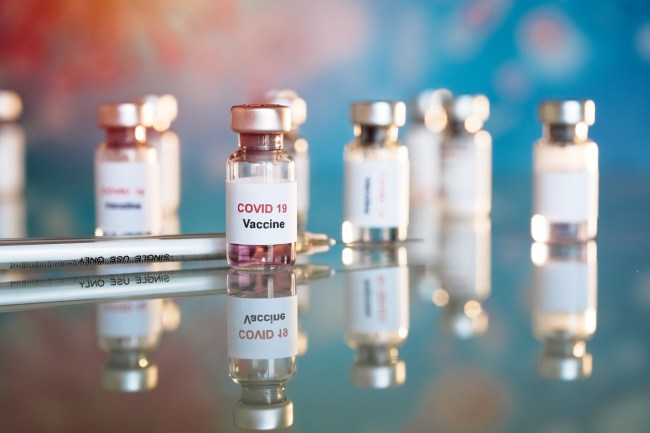 Excuse me while my eyes roll clean out of my head. Yes, while I understand that some sort of profiteering off of the coronavirus story was an eventuality, can we — at least — wait until we’ve got a handle of the whole thing before we start churning out the content? Don’t get me wrong, prior to it becoming a very harsh reality, I loved a good pandemic drama (Contagion slaps, to be honest), but I feel putting pen-to-paper while cases continue to rise and people continue to die is just a bit inconsiderate. Hollywood, though, am I right?

The potential limited series is based on the book proposal “The First Shot” by Brendan Borrell. It tells the story of the global coronavirus vaccine race, following the companies and individuals involved, the science that it is based on, and the challenges playing out around politics, access, and safety.

McKay established Hyperobject last year at the same time he signed a five-year first-look TV deal with HBO. McKay has several other projects in the works at HBO, including a scripted series about the Los Angeles Lakers of the 1980s, a Jeffrey Epstein limited series, and a series adaptation of “Parasite.” [via Variety]

To be fair, if there was one Hollywood figure who seems suited for this sort of project, it’s McKay, who has since transitioned into more political filmmaking — his latest two directorial efforts, The Big Short and Vice, have both been widely-acclaimed dramas — since first cutting his teeth in comedy, directing early 2000s classics such as Anchorman: The Legend of Ron Burgundy, Talladega Nights: The Ballad of Ricky Bobby, Step Brothers, and The Other Guys.