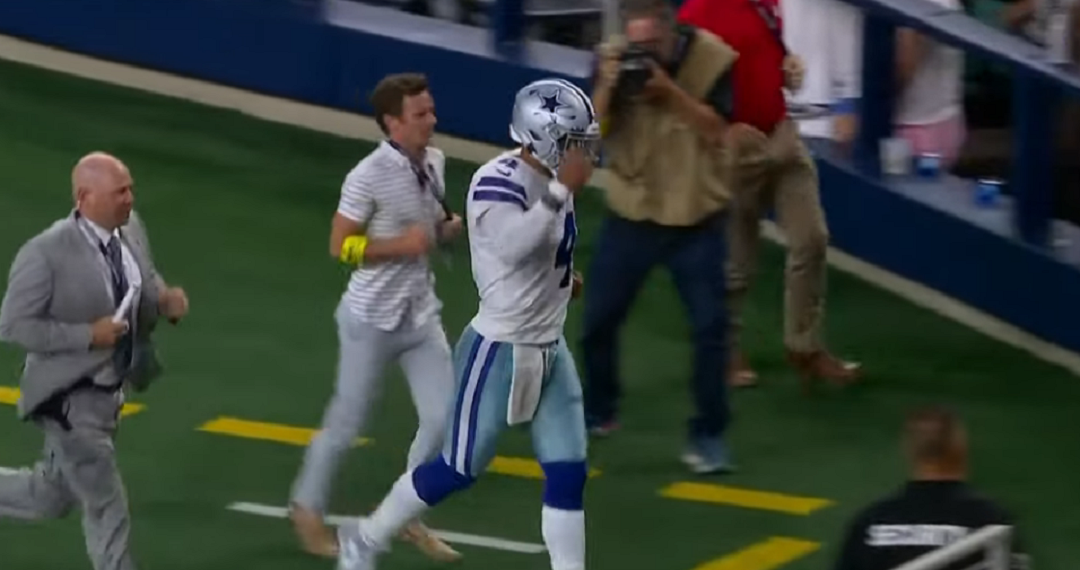 Things got ugly when Dak Prescott was forced to leave the game in the fourth quarter.

During a lackluster performance on Sunday, Prescott left the game in the fourth quarter with an apparent hand injury.

As Dak headed to the locker room, video shows several fans in the stands throwing debris at him.

It’s Week 1 and Cowboys fans booed and threw trash at Dak Prescott as he headed back to the locker room with an injury pic.twitter.com/h98iAOZoXc

ESPN is now reporting that Prescott will be out 6-8 weeks with a hand injury.

Dak Prescott is expected to have surgery Monday on a right thumb injury and miss 6-8 weeks, according to multiple sources. He will meet with the team’s hand specialist on Monday, but sources said he will have a pin and plate inserted to stabilize the joint.

He will likely be placed on injured reserve but will be eligible to return later in the year. If he follows the 6-8 week timeframe, he could return as soon as Oct. 30 vs. Chicago or Nov. 13 at Green Bay following the bye.