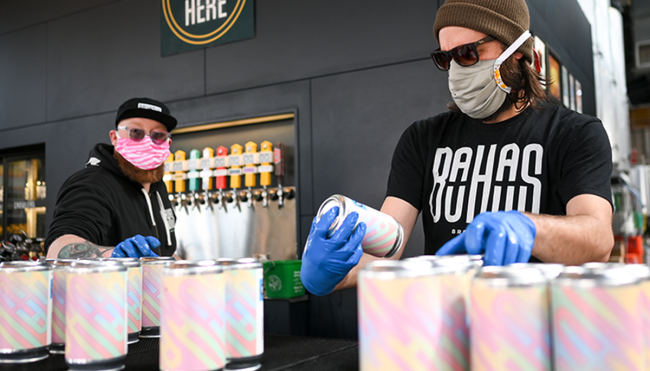 It’s been around a year since people started putting together obituaries for the thousands of craft breweries across the United States that were thrust into dire straits after being confronted with a seemingly catastrophic crisis following the onset of the pandemic.

After more than a decade of unprecedented growth, it appeared the craft beer boom was poised to come to a screeching halt and those who predicted that explosion was a bubble just waiting to burst would see their prophecy fulfilled in the most unfortunate way possible. An incredibly sobering survey that was released last April showed that 60% of America’s independent breweries could be forced to permanently cease operations by the time the summer rolled around, which certainly wasn’t the cheeriest development in the world.

However, it would appear reports of the death of craft beer were greatly exaggerated. While 346 breweries did shutter over the course of 2020, it wasn’t really that bad considering 300 had gone out of business in 2019.

Over the past year, I spoke to multiple brewmasters who seemed fairly skeptical the situation was really the existential threat many people framed it as. That included the founder of Evil Twin, who noted the enterprising spirit that has long defined the essence of craft beer was part of the reason so many operations managed to quickly pivot to adapt to a world where the packed taprooms and massive can release lines many rely on to stay afloat had essentially vanished.

Many of them scrambled to set up online storefronts to get their products in the hands of thirsty customers, while some other notable names teamed up with companies like Tavour, which curates beers from the likes of Other Half, Toppling Goliath, and other heavy-hitters and delivers them directly to your door.

Now, if a new survey the company conducted is to believed, it appears there may be a silver lining for craft beer fans who were able to take advantage of a game-changing distribution method that appears it could be here to stay. According to the result, the average brewery has seen online sales make up an average of 25% of its total revenue and predicts that number will hover around 20% over the course of the next year.

When you consider this new model means they can make money and I won’t have to leave my couch, I’m going to call this a win-win.