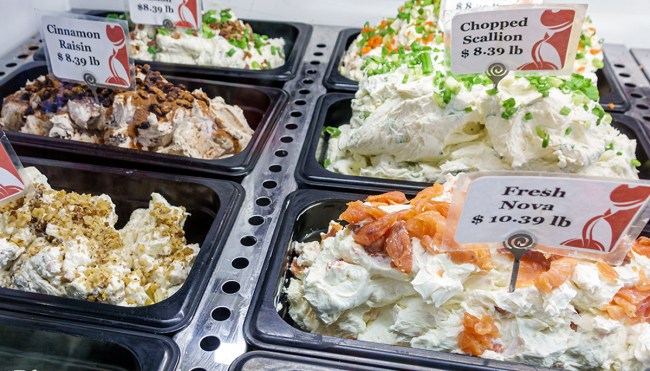 As someone who’s lived in New York City for close to a decade, I’m more than aware that many people who reside in the Big Apple (myself included) have some incredibly insufferable qualities—including a laughable superiority complex concerning certain foods.

Virtually every New Yorker swears by a certain pizza joint they will proudly claim serves the best slice in the city (even though the objectively correct answer is Luigi’s in Brooklyn’s South Slope), and based on what most people will tell you, the allegedly magical nature of the tap water that elevates the dough used to make those pies to a god-tier level also plays an essential role in the creation of another point of pride: bagels.

NYC is filled to the brim with bagel shops sporting cases filled with massive piles of cream cheese in a wide variety of flavors, but according to NY1, residents who traditionally kick off their day with a carb-filled treat topped with their schmear of choice could be in for a world of hurt courtesy of a culprit most people around the world are all too familiar with by now: supply chain issues.

The outlet spoke with a number of bagel shop owners who said they’ve had trouble getting their hands on cream cheese in recent weeks, with multiple people sharing they’ve had to make the trek to New Jersey to secure the spread—including one who headed back to Williamsburg with close to 1,000 pounds in tow.

It appears the root of the problem can be traced back to the cream cheese behemoth that is Philadelphia, as a rep for the brand told The Guardian it’s seen an uptick in demand it’s struggled to keep up with as more people eat breakfast and home and harness it for frosting on holiday treats.

I wish the good people of New York the best of luck in weathering this particular brutal crisis.