Michael B. Jordan Has The Fight Of His Life Against Drago’s Son In Ferocious New ‘Creed II’ Trailer 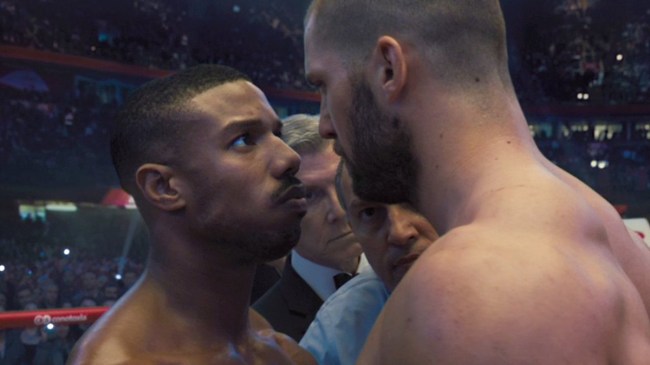 Hype-worthy new Creed 2 trailer shows Adonis face off against Viktor Drago, son of Ivan Drago who killed his father Apollo Creed. And things do not go as planned for Michael B. Jordan’s character.

Fight for your destiny one round at a time. #Creed2 pic.twitter.com/QX7pPMpi69

The newest trailer for the latest chapter of the Rocky movies gives us a better look at boxer Viktor Drago, played by 27-year-old Florian “Big Nasty” Munteanu, who is a boxer in real life who hails from Romania. The son of Dolph Lundgren’s Russian murder machine of a boxer from Rocky IV fits the bill of a bruising boxer since he stands in at a towering 6’4” and is 245 pounds of sheer muscle.

Donnie Johnson is powered by an overwhelming passion for vengeance on the family that killed his father. Adonis also has a very competent trainer in his corner with Rocky Balboa, who is of course played by Sylvester Stallone.

Life has become a balancing act for Adonis Creed. Between personal obligations and training for his next big fight, he is up against the challenge of his life. Facing an opponent with ties to his family’s past only intensifies his impending battle in the ring. Rocky Balboa is there by his side through it all and, together, Rocky and Adonis will confront their shared legacy, question what’s worth fighting for, and discover that nothing’s more important than family. Creed II is about going back to basics to rediscover what made you a champion in the first place, and remembering that, no matter where you go, you can’t escape your history.