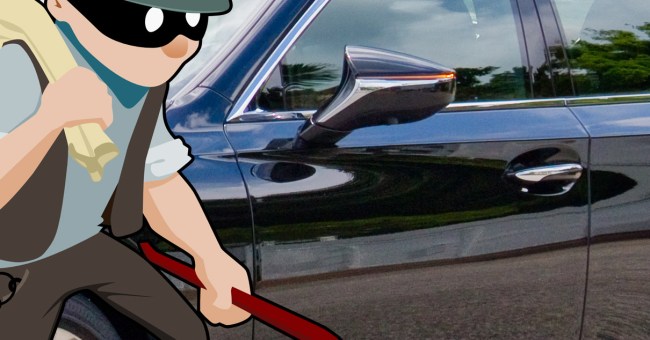 Side-view mirrors on luxury cars, trucks and SUVs these days are more valuable than ever and criminals have noticed with more and more vehicles getting their mirrors stolen.

Why are thieves stealing side-view mirrors off of luxury automobiles? Technology!

In just one eight-week period between March 1 and April 26 of this year, 19 vehicles on the Upper West Side of New York City had their side-view mirrors swiped, reports the New York Post.

Side-view mirrors on certain luxury cars like Audi, Porsche, Mercedes Benz, Lexus and BMW are apparently worth some big bucks on the black market.

An NYPD spokesman told the Post thieves are likely stealing the mirrors in order to re-sell them. A police source also said that the mirrors are being targeted for the cameras and other technology that are part of the cars’ 360-degree camera systems located inside the casing.

According to CarBuzz, “The thieves’ logic starts to make sense when you realize a set of mirrors with cameras, defrosters, and blind spot monitoring integration can sell for $1,500 to $2,000.”

You know what? It kind of does. You know, if you were a thief.

Deputy Inspector Timothy Malin, 20th Precinct Commander, advised, “People tend to ignore car alarms nowadays, but if you hear one going off in the middle of the night, take a look, and if you see something suspicious, call 911.”

So… how long until someone out there invents The Club for luxury car side mirrors? A week? Two?

Get on that, Elon.