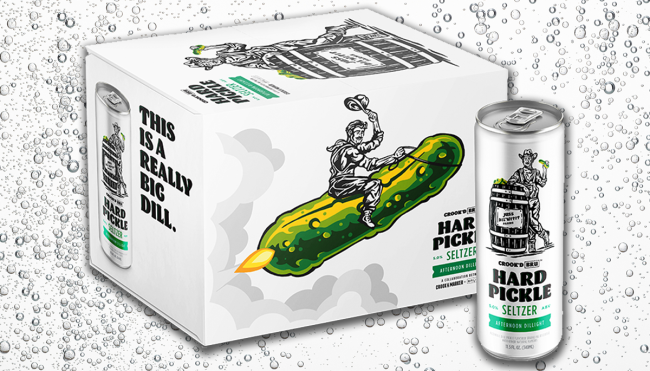 This year marks the 15th anniversary of the one and only occasion where drinking Old Crow has ended well, as that was the whiskey that was thrown back by a hungover bartender in Brooklyn who chased it with some brine and subsequently invented the pickleback in 2006.

I’m sure I’m not the only person out there who assumed that shot-and-chaser combo was a joke after encountering it in the wild for the first time. I figured the bartender who suggested I give it a try was hoping for the same reaction I gave the person who convinced me to rip a shot of Malört after singing its praises, but it turned out to be an incredibly pleasant initiation ritual for a cult I’ve never left.

In 2020, the insulated drinkware experts at BrüMate announced they were jumping on the hard seltzer bandwagon by teasing the release of a pickle-flavored concoction on April Fools’ Day. That announcement was a joke, but it appears the 10,000 people who signed up for a chance to get their hands on some took it very seriously.

Luckily for them (and anyone else who finds that concept appealing), BrüMate has linked up with the excellent hard seltzer minds behind Crook & Marker to make their dreams a reality. This week, the two companies revealed they’ve teamed up to produce “Afternoon Dillight,” a boozy and bubbly creation infused with dill pickle flavor. 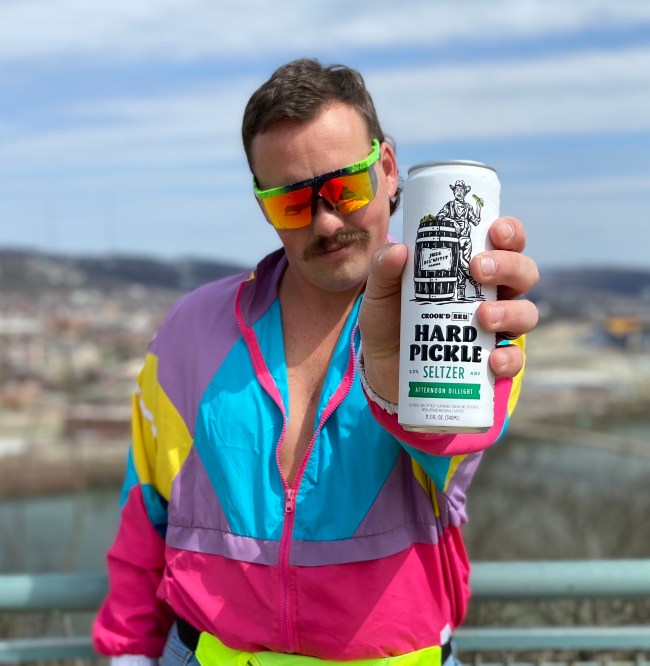 The hard seltzer clocks in at 5% ABV, and each 12-ounce can—which just so happens to fit perfectly inside BruMate’s Hopsulator Slim cooler—packs 100 calories.

There will only be 10,000 of the limited-edition 12-packs produced before they’re gone for good, so make sure to sign up for updates concerning the upcoming release if you don’t want to miss out.