Andrew Cuomo Will Receive An Emmy For His TV Briefings 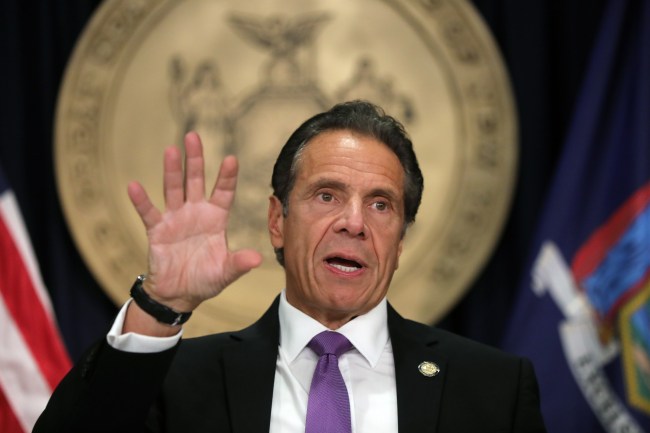 Governor Cuomo has been chosen to receive an EMMY for his 111 TV briefings on COVID.

Gov. Andrew Cuomo… is set to receive an International Emmy award for his daily TV briefings about the disease.

Cuomo will be recognized for his “effective use of television during the pandemic,” the International Academy of Television Arts & Sciences announced Friday.

“The Governor’s 111 daily briefings worked so well because he effectively created television shows, with characters, plot lines, and stories of success and failure,” said Bruce Paisner, president and CEO of the International Academy.

As you can perhaps imagine, the New York Post article goes on to offer a glowing endorsement of Cuomo and his handling of the virus. But at this point, it feels like years ago that Cuomo was doing those press conferences. Remember when he started them, and it was actually appointment television? That was probably April or May? Everyone was talking about how he should run for president! Boy, things change quickly these days.

Congrats on your emmy, governor. Now please legalize marijuana before we’re the last state in the damn country holding out like a bunch of squares.