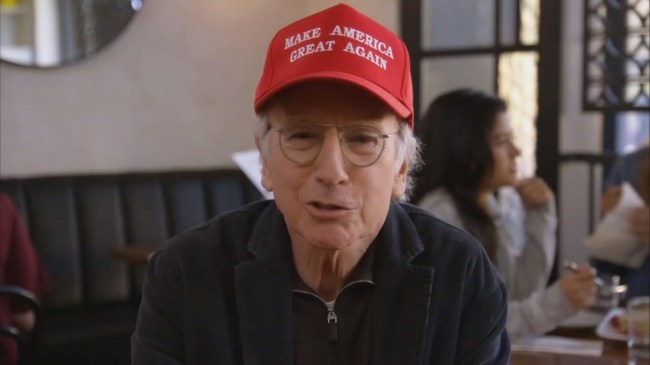 I’ve been watching a ton of Seinfeld recently. I grew up watching the beloved 90s sitcom — even owned the all of the seasons on DVD boxsets back in the era of, well, DVDs. But it’s been at least a decade since I watched the series front to back, and after loving the early morning vibes of watching on TBS, I made the jump and began the series from the pilot on Hulu.

Frankly, it’s remarkable how well Seinfeld has aged. Sure, some of its jokes are dated when contextualized in our currently more politically-correct society, but still, the comedy translates all these years later.

The same can be said about Larry David’s follow-up project, Curb Your Enthusiasm, which is currently sustaining a run of longevity that far surpasses that of Seinfeld: Curb, which first premiered back in the year 2000, has just been renewed for its 11th season. And, of course, Larry David reacted in a way only Larry David could.

“Believe me, I’m as upset about this as you are. One day I can only hope that HBO will come to their senses and grant me the cancellation I so richly deserve,” David said in a statement to HBO.

#CurbYourEnthusiasm has been renewed for an eleventh season!

“Believe me, I’m as upset about this as you are. One day I can only hope that HBO will come to their senses and grant me the cancellation I so richly deserve.” –Larry David pic.twitter.com/oxqf3XzEzK

Given the success of Curb Your Enthusiasm’s most recent tenth season, it’s obvious that David — now 72-years-old — still possesses his comedic fastball.