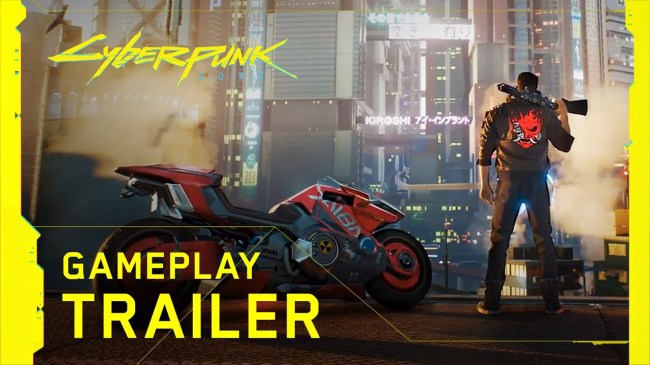 After years of hype, development, and delays, it appears we are truly and finally on the verge of Cyberpunk 2077’s release, as CD Projekt Red just dropped a bunch of new content ahead of the game’s drop in a few weeks, including a full official gameplay trailer.

Here’s the official synopsis for Cyberpunk 2077, via CD Projekt Red:

Cyberpunk 2077 is an open-world, action-adventure story set in Night City, a megalopolis obsessed with power, glamour and body modification. You play as V, a mercenary outlaw going after a one-of-a-kind implant that is the key to immortality.

Created by CD Projekt Red, the studio behind The Witcher 3: Wild Hunt, Cyberpunk 2077 has consistently remained one of the most anticipated next-generation titles despite its multiple delays.

In addition to the gameplay trailer, CD Projekt Red also dropped a teaser trailer featuring Keanu Reeves’ Johnny Silverhand and a four-minute-featurette on the making of the character.

#Cyberpunk2077 has also dropped a featurette about the making of Johnny Silverhand.pic.twitter.com/qeJB68uTRX

Cyberpunk 2077 , which was *first announced* all the way back in 2012, was originally set to be released in April before being belayed to September 17 and then November 19 before finally settling on its current Thursday, December 10 release date.