Cyborg Actor Ray Fisher Is, Once Again, FLAMING The Higher-Ups At Warner Bros 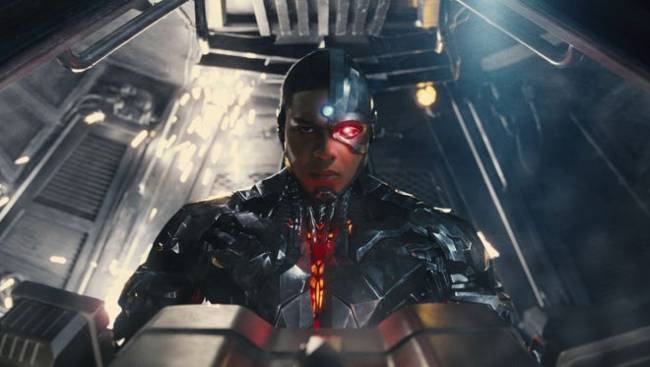 Despite the fact that Warner Bros concluded their investigation into Ray Fisher’s allegations of on-set misconduct and abuse back in early December — “WarnerMedia’s investigation into the Justice League movie has concluded and remedial action has been taken,” WarnerMedia said in a statement — Fisher is still speaking out against the studio on social media.

In a statement released on Twitter and directed at President of DC Films Walter Hamada, Fisher spoke on the studio’s decision to remove Cyborg from The Flash, which, according to him, was far more than just a “cameo role”.

“Despite the misconception, Cyborg’s involvement in ‘The Flash’ was much larger than a cameo. And while I do mourn the lost opportunity to bring [Cyborg alter-ego] Victor Stone back to the screen, bringing awareness to the actions of [DC Films head] Walter Hamada will prove to be a much more important contribution to our world,” Fisher’s statement begins.

As a result of Fisher’s statement, WarnerMedia responded, as CEO Ann Sarnoff reiterated that the studio stands by Hamada, who recently signed a contract extension through 2023.

“I believe in Walter Hamada and that he did not impede or interfere in the investigation,” said WarnerMedia chair and CEO Ann Sarnoff in a statement. “Furthermore, I have full confidence in the investigation’s process and findings. Walter is a well-respected leader, known by his colleagues, peers, and me as a man of great character and integrity. As I said in Walter’s recent deal extension announcement, I’m excited about where he’s taking DC Films and look forward to working with him and the rest of the team to build out the DC Multiverse.” [via The Hollywood Reporter]

In addition to backing Hamada, Sarnoff also made clear that Warner Bros’ investigation into Fisher’s allegations, conducted by a third party, has concluded.

“As has been previously stated, an extensive investigation was conducted by an outside law firm, led by a former federal judge who has assured WarnerMedia that there were no impediments to the investigation,” the statement read.

Given the current situation between Fisher and Warner Bros, it seems highly unlikely that the two parties ever reconcile, meaning we’ve probably seen the last of Cyborg in the DCEU.