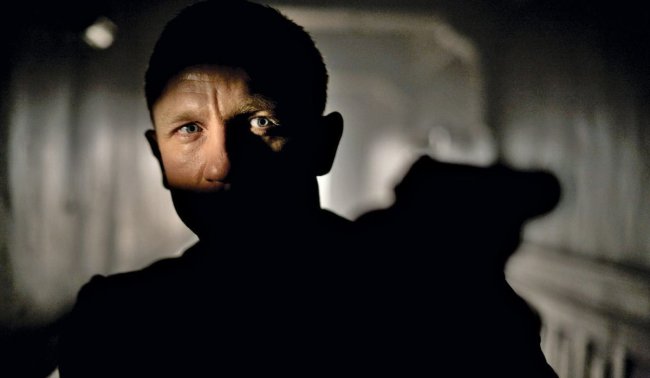 Here’s how long I’ve been covering No Time To Die (which I suppose begins to feel more normal the longer your entertainment writing career goes on, but still): I remember writing about the film when Danny Boyle (28 Days Later, Slumdog Millionaire) was attached to direct. That was over three years ago! Do you know how much has changed in the last three years? Is this what it’s like when you have a baby and watch it grow into a conscious child? Parents of the world, let me know.

And now, finally, after literal years of hype, anticipation, and unfortunate delays, No Time To Die — the 25th entry in the long-running James Bond franchise — is set to hit theaters two weeks from today. And given that I just compared No Time To Die to giving birth to human life, you can probably imagine that I’m quite excited.

No Time To Die is quite a bittersweet affair, though, as the film will mark the fifth and final time that Daniel Craig, now 53-years-old  — he was cast when he was 37-years-old! — plays the legendary MI6 superspy.

Given that No Time To Die marks Craig’s departure from the role, the acclaimed actor is obviously looking at his time as 007 in quite a retrospective way. Can you blame him? During a recent interview with BBC Radio 1, for example, Craig was asked what his advice to the next Bond actor is, and his hilariously blunt answer still said a lot about the pressures that come with the role: “Don’t be s–t.”

Despite that pressure, though — and following the disappointing conclusion to Pierce Brosnan’s tenure and the distinction of being the first blonde James Bond (yes, this was *actually* something people argued about back then) — Craig went on to become the longest-tenured James Bond of all time (in terms of years, not movies) and starred in the highest-grossing Bond film of all time, the excellent, Academy Award-winning, billion dollar-grossing Skyfall. Short of Connery — and given how that version of the character has aged, it’s certainly not unlikely that its reputation ages with it — Craig has already cemented his status as the greatest James Bond of all time. Fingers cross No Time To Die is half as good as Skyfall. If it is, we’ll be in for a treat. Keep your eyes out for our review.