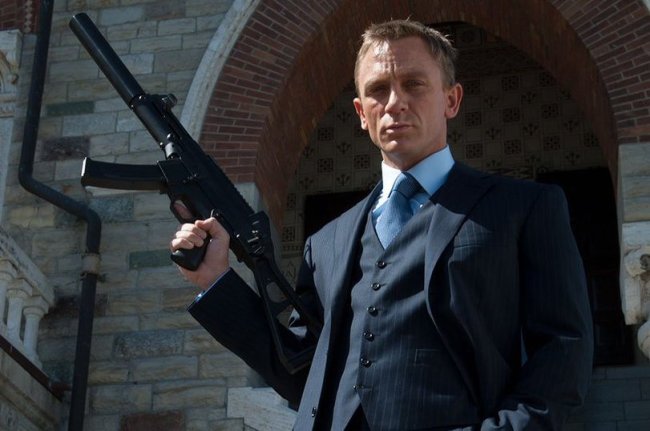 In anticipation of the release of No Time To Die, Daniel Craig’s swansong as James Bond — a role he’s held for the last 15 years — AppleTV+ Being James Bond, a retrospective documentary about Craig’s time as the legendary MI6 spy.

Chronicling his time as 007 from the beginning, Being James Bond detailed, among many other things, the media onslaught that came following the casting of Craig. That inevitably, and unsurprisingly, led to some pressure when it came to taking on the role, pressure that Craig said manifested himself when he tried to say the famed “Bond, James Bond” line on-camera for the first time.”

“It’s everywhere,” Craig said of the line on AppleTV+’s Being James Bond.

“Piers Brosnan talked about it, saying that f–king line — I mean, if I have to say it, I’ll say it once to myself, but then you’re on set thinking, ‘I’m fine, I’m fine, I’m fine,’ and then you say it, and the weight of it — and I think I try to be quite cool about these things — but it’s impossible. I don’t know how many takes we did at the end of Casino Royale, but literally, there are takes where I’m like a 13-year-old whose voice is breaking.”

Given that Craig has since gone on to become the longest-tenured James Bond actor of all time (in terms of years spent in the role, not the number of films he starred in), I’d say he got over those initial nerves with, dare I say, 007-esque aplomb.

RELATED: Daniel Craig Considers Inheritance “Distasteful”, Will Give His Fortune Away To People Other Than His Children