Daniel Craig Considers Inheritance “Distasteful”, Will Give His Fortune Away To People Other Than His Children 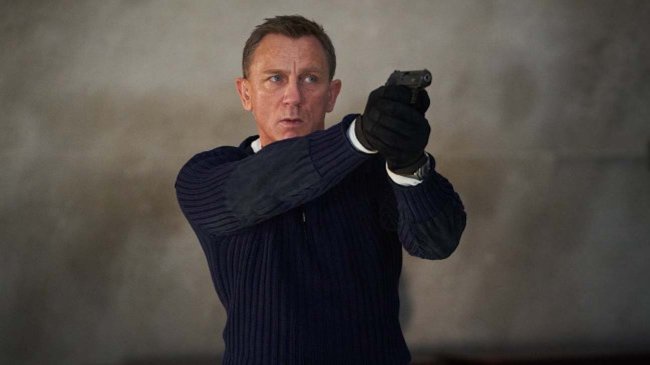 A report from Variety earlier this week revealed that No Time To Die and Knives Out star Daniel Craig was the highest-paid actor in Hollywood last year, taking home a whopping $100 million thanks to Netflix’s acquisition of Rian Johnson’s Knives Out franchise. That is, to put it simply, quite a lot of money. It’s also, according to Craig himself, money his children will never see.

During a recent interview with Candis Magazine, Craig was discussing the concept of inheritance and revealed that he finds it distasteful and that he will “get rid of it” or “give it away” before he dies instead of passing it down to his children. Craig — who has been playing the iconic James Bond since 2006 — has a reported net worth of over$160 million. Gonna be an awkward weekend in the Craig household, I imagine.

“Isn’t there an old adage that if you die a rich person, you’ve failed?” Craig said. “I think Andrew Carnegie [an American industrialist from the 1800s] gave away what in today’s money would be about $11 billion, which shows how rich he was because I’ll bet he kept some of it too.”

“I don’t want to leave great sums to the next generation. I think inheritance is quite distasteful. My philosophy is get rid of it or give it away before you go.” [via Candis Magazine]

Craig’s net worth will likely only increase when (or if) No Time To Die ever comes out. Currently scheduled to be released on October 8, movie fans across the globe have begun to sweat another swath of movie delays as the Delta variant sparks a surge in COVID cases. According to reports, though, even if movies around it changes dates, it’s unlikely that No Time To Die suffers from another delay as it’ll cost the studio millions of more dollars in marketing, something they’ve already had to do a handful of times.

Sources say No Time to Die may not be able to push yet again at this point, as each restart costs many millions of dollars in marketing. Nor does MGM have a sister streaming service — at least not yet, pending regulatory approval of a deal to be acquired by Amazon. [via The Hollywood Reporter]

Fingers crossed, man, because of all the 2020 releases that got delayed, No Time To Die — which stars Ana de Armas, Lashanna Lynch, Rami Malek, Christoph Waltz, and Jeffrey Wright in addition to Daniel Craig — is easily my most anticipated.