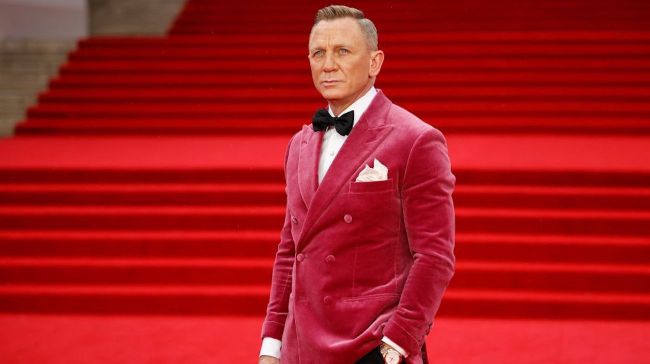 With the release of Doctor Strange in the Multiverse of Madness now firmly in the rearview mirror, details about the film’s production have begun to hit the internet from all sorts of sources. Just last week, for example, screenwriter Michael Waldron revealed that the idea of having Ryan Reynolds’ Deadpool and Tom Cruise as Iron Man cameo in the film was kicked around during the writing stage.

Warning: this article will contain spoilers for Doctor Strange in the Multiverse of Madness

Now, while those two aforementioned cameos never came to be, Multiverse of Madness was still chock full of surprising Marvel appearances, most notably the MCU debut of Reed Richards, a.k.a. Mr. Fantastic, who was played by none other than John Krasinski.

According to a recent report, though, Krasinski actually wasn’t Marvel’s first choice to play Reed Richards, as the studio was instead eyeing James Bond star Daniel Craig for the role.

“Fun fact, Krasinski wasn’t the first choice, the actor originally set to play the role was all set to shoot but when there was an uptick in COVID cases, he backed out as he was living in London and didn’t think the quick shoot wasn’t worth risk of bringing back COVID to the fam,” a Deadline reporter stated on Twitter.

Now, while Deadline reporter Justin Kroll is usually a reliable source, the guy who runs the widely-popular Heavy Spoilers YouTube channel says Craig was actually in line to play Balder the Brave.

With Craig now finally free from the obligation of playing 007, it will certainly be fascinating to see whether Marvel or DC try to scoop him up for a prominent part in the next few years. Obviously, if these reports are to be believed, Marvel Studios is clearly already thinking about it.

Ultimately, the role of Earth-838 Reed Richards in Doctor Strange in the Multiverse of Madness was played by John Krasinski, who has been fancast in the part for about half a decade. Rounding out the rest of the Illuminati alongside Krasinski’s Mr. Fantastic was Chiwetel Ejiofor as an alternate Baron Mordo, Lashana Lynch as an alternate Captain Marvel, Haley Atwell as Captain Carter, Anson Mount as Black Bolt, and Patrick Stewart as Professor X.

Multiverse of Madness is the first Marvel Cinematic Universe film of 2022, followed by Thor: Love and Thunder on July 8 and then Black Panther: Wakanda Forever on November 11. There’s also the bevy of TV series hitting Disney+ — such as Moon Knight, Ms. Marvel, She-Hulk, and season two of What If…? — this year.

RELATED: ‘Doctor Strange 2’ Writer Reveals Who They Considered Featuring In The Film, Including Deadpool And More