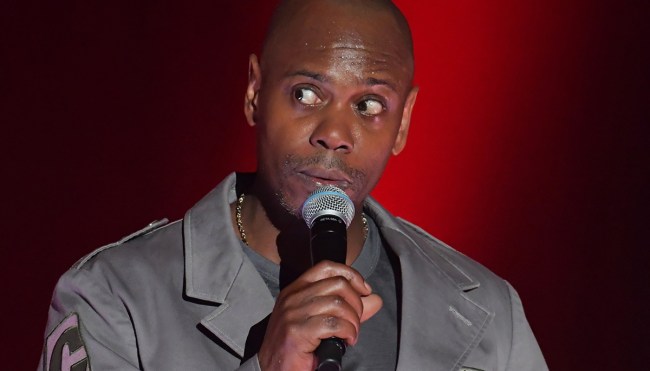 After Will Smith delivered The Slap Heard Around the World to the face of Chris Rock at the Academy Awards earlier this year, a number of comedy clubs began to explore potential ways to beef up security over fears copycats might follow in the actor’s footsteps by attacking comedians who made jokes that rubbed them the wrong way.

Now, it’s hard to imagine those venues won’t be doing exactly that following what unfolded when Dave Chappelle was performing at the Hollywood Bowl as part of the Netflix is a Joke comedy festival on Tuesday night.

While the show was supposed to be camera-free, multiple people in attendance were filming when Chappelle was violently tackled by a man who ran onto the stage.

Thankfully, it didn’t take long for security and members of Chappelle’s entourage—including Jamie Foxx and Busta Rhymes—to step in, which resulted in the attacker being carted away in an ambulance.

Just came out of the Hollywood Bowl where a man charged and tackled Dave Chapelle on stage and got his ass kicked by at least 10 people.

LAPD and LAFD are now loading him into an ambulance pic.twitter.com/7SXPe9e8az

Chappelle handled things about as well as he could have based on the comments he delivered after the situation was diffused, but details obtained by TMZ suggest things could’ve been much, much worse if people hadn’t intervened as quickly as they did.

The outlet spoke with law enforcement sources who said the unidentified attacker has been charged with assault with a deadly weapon, as police say the man was in possession of a fake semi-automatic pistol that had a very real knife attached to it.