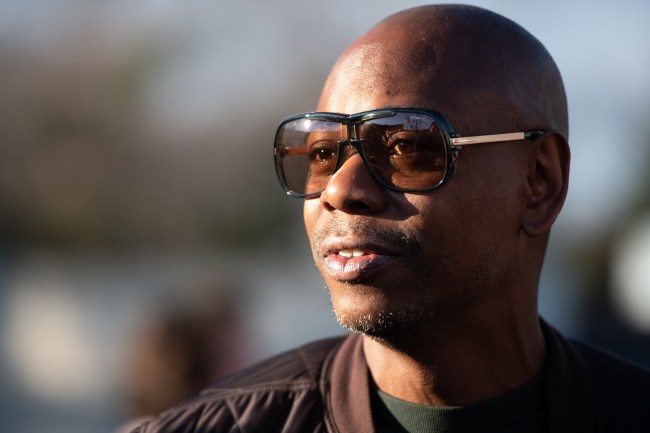 Dave Chappelle has a lot to say about George Floyd’s death, the protests that have taken place against police brutality, and the subsequent coverage from media personalities.

On Thursday night, Chappelle released a surprise 27 minute special on Youtube called “8:46”, which is a reference to the amount of time Minneapolis officer Derek Chauvin had his knee on George Floyd’s neck during the arrest that caused Floyd’s death.

Dave Chappelle blasts Don Lemon for calling out celebrities for not speaking out on George Floyd murder “why would anyone care what their favorite comedian thinks when they saw a police officer kneel on a mans neck for 8 min and 46 seconds pic.twitter.com/Wuo2hMafVu

I’m watching Don Lemon…he says where are these celebrities?…Has anyone listened to me do comedy, has anyone not listened to me say these things before? So now all of a sudden this n***** expects me to step in front of the streets and talk over the work these people are doing as a celebrity…This is the streets talking for themselves, they don’t need me right now. Why would anyone care what their favorite comedian thinks when they saw a police officer kneel on a man’s neck for 8 minutes and 46 seconds

Chappelle then took on Fox News host Laura Ingraham, who had once told LeBron James to “shut up and dribble” and not give out his political opinion.

She told one of Ohio’s greatest residents ever to shut up and dribble. Let me tell you something about LeBron, he was on the cover of Sports Illustrated when he was 17 years old and exceeded every expectation that they had for him… She told my friend to shut up and dribble. My friend is the best at something and this b**** is not the best at anything. She’s a regular a** white b**** with a platform

And finally, Chappelle had some choice words for conservative social media star Candace Owens, who recently went viral when she questioned why the black community made someone with a long criminal history like George Floyd a hero.

Dave Chappelle fires back at Candace Owens for trying to convince people George Floyd is a criminal pic.twitter.com/vIWfYTljuW

I watch everything everybody says, I see Candace Owens trying to convince white America to not worry about it because he’s a criminal anyways…I don’t care what this n***** did, I don’t care if he personally kicked Candace Owens in her stanky p*****

Candace Owens that rotten b****. She’s the worst. I can’t think of a worse way to make money. She’s the most articulate idiot I have ever seen in my f***** life. She’s so articulate that she’ll tell you how f***** stupid she is.

She told George Floyd’s record on the Internet. He was this, he was that he was a drug addict and why does the black community make him a hero? Why did you choose him as the hero?… We didn’t choose him, you did, they killed him and that wasn’t right, so he’s the guy, we’re not desperate for heroes in the black community, anybody who survives this nightmare is my goddamned hero