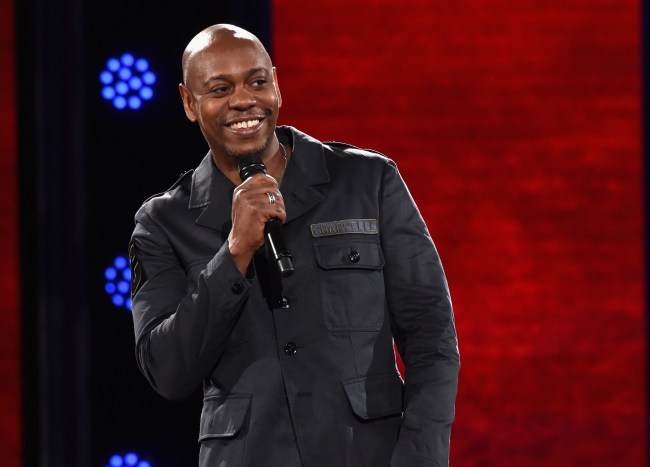 Dave Chappelle has cleared up one of the great mysteries of the past decade: who wrote those nasty notes that were left for the Trump administration to find in the White House.

“Remember when the Trump administration moved in, they said the Obama staff left dirty notes for us in all the drawers and all the cabinets?” Chappelle said on a new episode of Naomi Campbell’s “No Filter” YouTube series published Tuesday.

“But it was celebrities, writing all this crazy s–t and putting them all over there. I saw them doing it, so when I saw it on the news I laughed real hard.”

In 2019, Trump’s former press secretary Stephanie Grisham said the missives included biting remarks like “you will fail” and “you aren’t going to make it.”

[Another source said] “They were trolling us from the minute we got there. It was definitely just ridiculous. We were trying to find the bathroom, and we get these notes saying ‘You will fail,’ and ‘You’re not going to make it.’”

Oh, you mischievous little celebrities, leaving your mean notes in the drawers of the White House for the Trump staff to find. What a bully move. Bunch of mean girls, you are. Probably smoked weed at a cool Obama party and then found some gel pens and some official Obama administration stationary. “What should we write?” asked Bruce Springsteen. “SOMETHING MEAN,” responded Chrissy Teigen, giggling as the edible kicked in.

Then they scribbled horrifying, cutting notes like “You will fail” and “you’re not going to make it.”

I’m not sure what’s worse: the celebrities that thought this was a funny thing to do, or the fact that Trump staffers gave it any coverage whatsoever. Seriously, “You will fail” got to you? That’s all it took? 10-year-olds at summer camp leave WAY worse stuff for the next crop of kids coming in. This is playground bologna. Grow up, both sides.

Love Chappelle clearing it up for everyone though. Saw no reason to mention any of this when the story made headlines in 2019. Laughed his head off and kept it to himself. That’s really what separates someone of his caliber versus, say, 99.9999% of the comedians on earth. The rest of us have to share whatever funny thoughts or secrets we have the second we’re given a chance. Meanwhile, Chappelle keeps it close to the chest, sits on it and lets it marinade. That one is for him, until he remembers it and shares it on a podcast two years later.