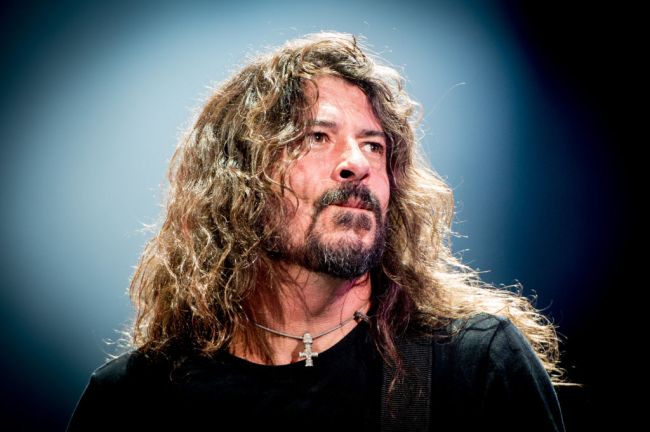 Of all the things human beings can be divided over—public policy, the merits of vaccines, the color of a dress—one thing I’d bet we all can agree on is the Westboro Baptist Church is made up of the devil’s feces.

Coined by the Southern Poverty Law Center as “the most obnoxious and rabid hate group in America,” the Topeka, Kansas family-based “church” has peddled unspeakable hate over the 30 years its plagued this earth, including but not limited to the following:

You get the point, and I’m losing my soul typing this garbage. Hit the music as a palate cleanser!

Dave Grohl and the Foo Fighters, who Rickrolled a WBC protest in 2015, rolled through Kansas on Thursday acting as their disco alter-ego The Dee Gees in an attempt to disco the hate out of protesters holding signs that read “God sent the coronavirus in fury.”

The lady in the red is groovin! Put down that “God Hates Pride” sign sista! Feel it in your plums!!!

“I’ve got something to say. Because you know what? I love you. I do! The way I look at it, I love everybody. Isn’t that what you’re supposed to do? Can’t you just love everybody? Cause I think it’s about love. That’s what I think. I think we’re all about love. And you shouldn’t be hatin’. You know what y’all should be doin’? You should be dancin’!”

Can you imagine the willpower it takes to try to hate a personal concert by one of the best musicians of our generation? I wouldn’t wish that upon my worst enemy, which actually is the WBC.

As Grohl rolled away, I’m sure a few of these loonies could be seen mouthing to themselves: “There goes my hero…”