‘Suicide Squad’ Director Tries To Piggyback On The ‘Snyder Cut’ News, Gets Evaporated By The Internet 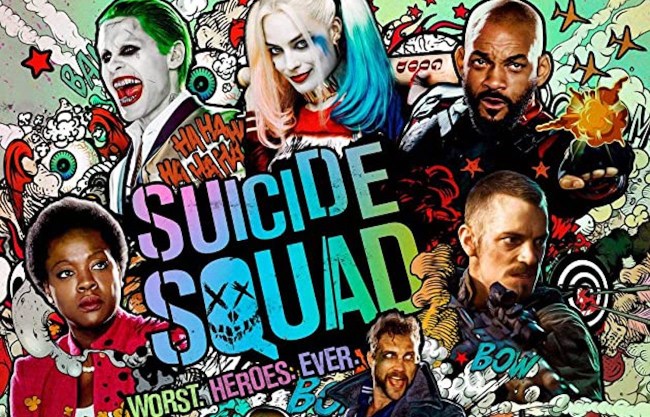 Last week, the entertainment industry experienced a massive paradigm shift as Warner Bros. announced they were providing Zack Snyder with an additional $30 million in funding so that he can complete his “Snyder Cut” of Justice League, which will then be released exclusively on HBO Max next year.

It was a momentous moment for both the film industry and fan culture, as the release of the Snyder Cut proved that the movie-going audience has more power than they realize — they have the legitimate power to get projects made.

Naturally, with that realization in mind, Suicide Squad director David Ayer tried to swim in the wake of the Snyder Cut news by putting out a tweet explaining how “easy” it would be to complete the “Ayer Cut” of Suicide Squad and how it would be personally cathartic for him.

“This is a good question. My cut would be easy to complete. It would be incredibly cathartic for me. It’s exhausting getting your ass kicked for a film that got the Edward Scissorhands treatment. The film I made has never been seen,” Ayer said on Twitter.

This is a good question. My cut would be easy to complete. It would be incredibly cathartic for me. It’s exhausting getting your ass kicked for a film that got the Edward Scissorhands treatment. The film I made has never been seen. https://t.co/FkeHAlNoV0

Unfortunately for Ayer and hilariously for us, though, the internet was nowhere near as receptive to the idea of the “Ayer Cut”, as the Suicide Squad director was soundly and uniformly dunked on for his suggestion:

The internet: *campaigns for years, gets the Snyder Cut released*

David Ayer just killed any excitement I had for his cut pic.twitter.com/piScQgbpdT

WB when david ayer asks if he can get his suicide squad cut released pic.twitter.com/yBb8PbwxOZ

Honestly, the thought that Suicide Squad is literally edited by a trailer editing company because people responded well to a trailer is super hilarious.

idgaf, extra scenes or not, Suicide Squad’s Joker will always be one of the worst takes on any comic book character of all time. How do y’all take him seriously 😭😭😭 pic.twitter.com/0fBWYjSr86

Pretty easy to polish a turd too

Tell him he can keep it pic.twitter.com/mWmkrMWLg6

Hey, uh, sorry David, but unfortunately there’s no director’s cut without Jared Leto’s truly abominable portrayal of Joker. That one is on you, slick, and since we have to live with it, so do you. Keep that Ayer Cut locked and buried.