The Long-Awaited ‘Snyder Cut’ Version Of ‘Justice League’ Will Finally Be Released, Per Reports 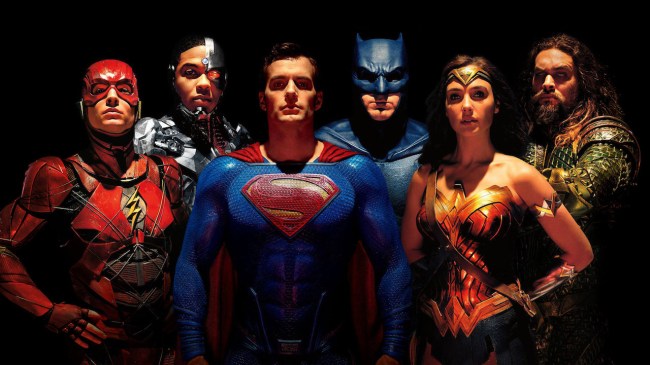 According to various reports, the long-awaited and hotly-debated “Snyder Cut” version of the 2017 bomb Justice League is on the verge of being released.

While the film has long been fodder for internet discussion and rumors, it appears that the release of the mysterious film — which represents director Zack Snyder’s original vision prior to Joss Whedon’s meddling — is truly on the horizon.

Given that DC Comics films are Warner Bros’ property, it should come as no surprise that this stunning development is happening on the verge of the launch of HBO Max, which is set to debut on Wednesday, May 27. Warner Media is likely looking for ways to attract users and debuting a Justice League film that comic book fans have been longing for is certainly one way to do that.

A lot of people are saying they were wrong re #SnyderCut

Expect an official announcement VERY soon – and the story could leak via a trade even sooner…#ReleaseTheSnyderCut #HBOMax pic.twitter.com/pSPPdPCkKP

So apparently things have changed for the #SnyderCut. @FandomWire sources have confirmed that the movie is now going to be released. We'll have more info as it develops. Very excited myself! #ReleaseTheSnyderCut #JusticeLeague

As we all know, the version of Justice League we ultimately got — a Frankenstein-like film that was half-directed by Avengers helmer Joss Whedon, who took over the project while Snyder dealt with the tragic death of his daughter — is one of the biggest bombs in recent Hollywood history. Despite the fact that Justice League featured three of the most iconic comic book heroes of all-time — Batman, Superman, and Wonder Woman — the film grossed just $650 million at the global box office. To put that in perspective, that’s about $25 million more than Ant-Man and the Wasp made… and roughly $2.15 billion less than Avengers: Endgame made. Just stunning.

At this time, nothing official has been announced, but with the launch of HBO Max just over a week away, it wouldn’t shock me if Warner Bros. confirmed the film’s release before then.