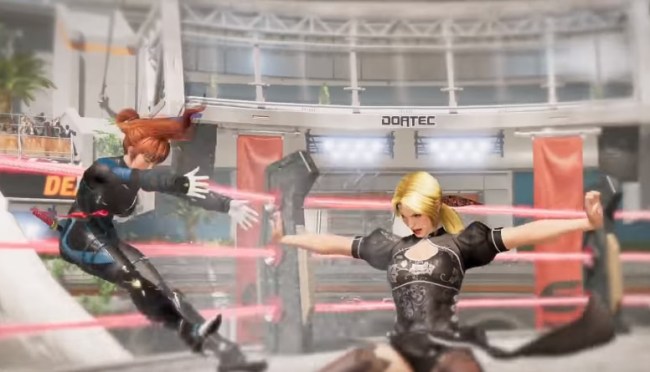 On the eve of E3 2018, Dead or Alive 6 was announced with a tremendous reveal trailer. The classic fighting game from publisher Koei Tecmo and developer Team Ninja was revealed in this outstanding IGN video.

Dead or Alive 6 will feature brand-new arenas and familiar fighters such as Kasumi, Hayabusa, Hayate, Helena, Jann Lee, and Zack. There are also new combos including Fatal Rush and Break Gauge that are deadly attacks that can be achieved with little practice. However, nailing the perfect timing will still take some time to master. There will also be new stages and modes.

You’ll also notice that the graphics have been massively upgraded from Dead or Alive 5 that was released back in September of 2012 on Xbox 360, PlayStation 3, and PC. There are so much more details in the newest chapter compared to the predecessors. Fighters show different facial expressions in response to attacking, defending, dodging, or being hit. Characters are glistening in sweat as they fight to the end and bloody bruises appear and blood splatters on the screen when the fighters are hit with nasty combos.

Dead or Alive 6 hits video game consoles in early 2019 for Xbox One, PS4, and PC, making it the first DoA title made exclusively for the current generation of high-definition hardware. How bad do you want to pummel your opponent with a perfectly timed combo in glorious 4K?