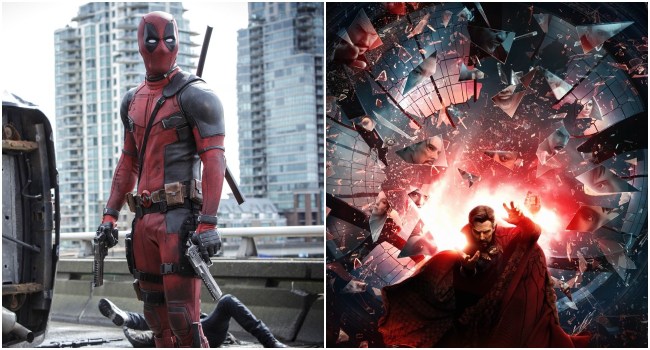 Of all of the talking points to follow in the wake of Marvel Studios’ new trailer for Doctor Strange in the Multiverse of Madness, the most intriguing has been which Marvel characters might pop up in the film as the 2016 sequel to Doctor Strange is expected to have tons of cameos from across the history of Marvel Movies.

Not only did the trailer explicitly confirm that Patrick Stewart’s Professor X would appear in the film, but there’s also been speculation that other characters such as Mister Fantastic, Namor, and even an alternate universe version of Iron Man played by Tom Cruise.

One of the most tantalizing theories, though, is that Doctor Strange in the Multiverse of Madness will serve as the debut film for Ryan Reynolds’ Deadpool, who is expected to make the jump to the MCU in the coming years. While there are no references to the character in the trailer, some fans think they’ve spotted his famed mask in the official poster for the film.

Marvel Studios' #DoctorStrange in the Multiverse of Madness arrives only in theaters May 6. pic.twitter.com/wJHjv0HWwD

this is either spider-man or deadpool pic.twitter.com/1z0FDfDunD

Confirmed: #Deadpool will have a cameo in ‘DOCTOR STRANGE’ pic.twitter.com/CrTYrFJKci

It’s already been confirmed that an R-rated Deadpool 3 is in the works at Marvel Studios so perhaps this is the movie that will introduce the character into the main MCU timeline before cutting him loose in his own film.