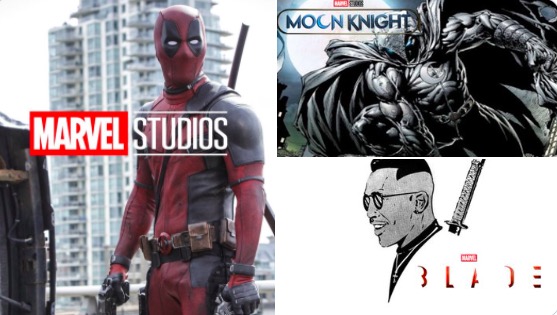 After a calendar year that was largely all quiet on the Deadpool front, Disney made it official on Friday, as news broke that Marvel Studios hired Wendy Molyneux and Lizzie Molyneux-Loeglin, the writers and producers of Bob’s Burgers, to pen the script for the third film in the franchise, which is expected to be rated R.

If Marvel Studios does hold true to their apparent intention to make Deadpool 3 rated R, that certainly bodes well for the future of other more mature projects such as Moon Knight and Blade. Granted, while Moon Knight will begin as a Disney+ series  — although I can’t imagine an actor as big as Oscar Isaac not being heavily involved in the film — I’d argue that it’s easier to fashion Deadpool into a PG-13 character than it is the inherently-dark Blade. There’s also the financial factor, as Ryan Reynolds and the Deadpool character are certainly a bigger box office draw than Mahershala Ali and Blade (even though the latter project is far more intriguing). If Disney is willing to put Reynold behind the “wall” of an R-rating, there’s nothing to suggest they aren’t willing to take the same risk with Blade.

Equally as influential as the characters themselves, though, is the position that Marvel Studios finds themselves in. As we discussed on the Post-Credit Podcast this week, the MCU — for all its success — only really grows on the Y-axis, wherein the way it becomes bigger, and therefore “better”, is by the addition of characters. Just look at Infinity War and Endgame, which was billed as the *ultimate* team-up event. The problem with that sort of exponential growth is that the novelty of adding new heroes is only effective for so long. Marvel Studios needs to find ways to tell stories along the X-axis, moving laterally instead of vertically, and telling stories — whether that be of the raunchy Deadpool variety or the gory Blade variety — for a more mature audience is one of the ways to do that.