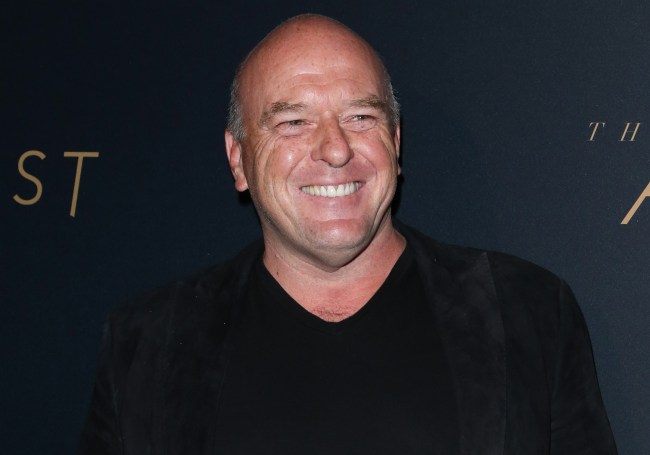 Did you know that Dean Norris, commonly known as DEA agent Hank Schrader in Breaking Bad, went to Harvard? Not to stereotype, but he comes off as a blue collar trade school guy with an intrinsic disdain for the elitist reputation of an Ivy League school. But it’s true, Norris majored in social studies and graduated Harvard in ’85.

Believe it or not, Norris’ acceptance into arguably the most prestigious school in the world wasn’t the product of bribery or fraud or his dad donating a building. He was raised in a middle-class family from South Bend, Indiana and graduated high school as a straight A student and one of the class valedictorians. He was accepted the old-fashioned way, on merit alone.

So, when Norris caught wind of the college bribery scheme that resulted in federal charges being filed against 50 people, the 55-year-old actor couldn’t help but sound off on the criminal entitlement.

I got into Harvard against long odds via hard work and perseverance. Neither of my parents went to college, we didn’t have money 2 even pay for SAT prep course let alone bribes. Shameful. It’s hard enuf for working class kids 2 succeed w/o rich privilege taking opportunity away.

When I think of all the kids who studied hard, stayed up late, had part time jobs to pay for their college application fees, and then were denied rightly deserved places in elite colleges because some rich fuckwads cheated for their already privileged kids— I’m disgusted.

I shall now breathe deep and go beat the shit out of a punching bag.

30 parents and nine coaches have been charged in the scheme that which involved bribing fraudsters into getting their already privileged children into schools they otherwise wouldn’t be admitted to. They used tactics like cheating on exams and faking athletic profiles to falsely claimed their children were recruits for sports they’ve never played. The scandal is being called the largest of its kind in American history.

The worst part of the entire saga is that my childhood has officially been tarnished.