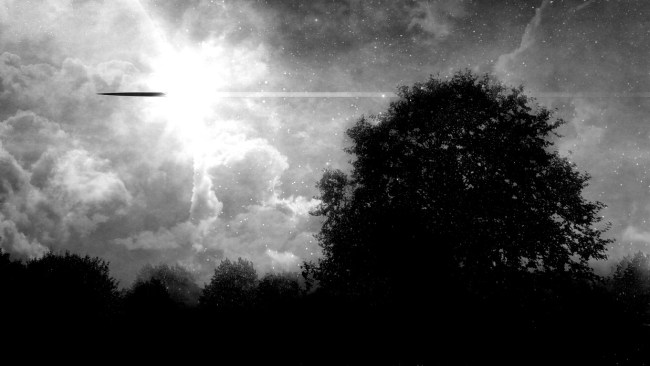 A 50-year-old UFO mystery that happened in Soviet-era Russia (now Kazakhstan) just got a little closer to being solved as a recently declassified CIA Intelligence Information Report reveals details never-before-known to the general public.

The UFO sighting, which took place at an experimental Soviet missile range in the summer of 1973, was initially revealed in a heavily redacted 1978 CIA Intelligence Information Report.

In that report, a witness said he was watching sports on television when he decided to step outside for some air and spotted the UFO in the sky.

“Within 10 to 15 seconds of observation, the green circle widened and within a brief period of time several green concentric circles formed around the mass,” the witness said in the report. “Within minutes the coloring disappeared. There was no sound, such as an explosion, associated with the phenomenon.”

Heavily redacted, the declassified version of the document contains only a single paragraph, detailing an encounter with a UFO at a location called “Site 7.”

The UFO encounter took place in the summer, when the sighting’s source “stepped outside for some air,” taking a break from watching a Canada vs. USSR sports match on TV. It was evening, and the source saw above “an unidentified sharp (bright) green circular object or mass in the sky.”

The UFO spotter believed the object was hovering above the cloud level, though it was a clear sky at the time of the sighting. The source was not, however, able to estimate the object’s diameter.

This week, after The Black Vault researcher John Greenewald received a response on his request for a Mandatory Declassification Review of the intelligence report, he shared what he discovered.

It occurred at the Soviet operated Sary Shagan Weapons testing Range, located in what is now present-day Republic of Kazakhstan. It was here that during the 1970s, the Soviet Union was secretly launching experimental missiles, along with testing laser weapon systems utilizing powerful antennas.

The CIA intelligence document was crafted utilizing information from an unknown source. It outlined the types of weapons tested at the facility; locations of exactly where experimental weapons were stored and launched from; diagrams of buildings and housing units; and the report of “unidentified aerial phenomenon”.

Greenewald added that this area has had repeated UFO activity since the 1940s leading to the USSR establishing a special top-secret UFO/USO research program in 1978.

The UFO encounter outlined in this CIA report also reinforces an ongoing issue that still plagues the U.S. military today. “There have been a number of reports of unauthorized and/or unidentified aircraft entering various military-controlled ranges and designated air space in recent years,” the U.S. Navy told The Black Vault in 2019. “For safety and security concerns, the Navy and the USAF take these reports very seriously and investigate each and every report.”

Greenewald also cites former US Department of Defense employee Luis Elizondo, who wrote in his resignation letter, “In many instances, there seems to be a direct correlation the phenomena exhibits with respect to our nuclear and military capabilities. The Department must take seriously the many accounts by the Navy and other services of unusual aerial systems interfering with military weapon platforms and displaying beyond next generation capabilities.”

“This is very much similar to the context we see today, with threats on military facilities,” Greenewald told Newsweek. “The US Navy has gone on the record saying whatever this is, it’s a concern. They’re being encroached upon by this unidentified phenomena.”

Previously…
• Navy admits it has additional ‘top secret’ footage of USS Nimitz UFO encounter but won’t release it
• UFO sighting? Mysterious object leaving a fiery trail in the sky spotted by multiple people in Florida
• Navy pilot who filmed USS Nimitz UFO encounter breaks his silence after 15 years – Tic Tac craft broke laws of physics
• UFO that ‘nearly hits’ a SpaceX satellite during live stream is ‘100% proof aliens are watching,’ says expert
• Top researchers claim U.S. military is covering up their own super advanced aircraft by making people believe it is a UFO
• Mysterious hovering orbs over Mesa have many believing they spotted a glowing UFO
• UFO seen by 100+ people hovering in the California sky for five minutes sparks alien concerns
• A stationary UFO recorded in the South Carolina sky sparks secret government surveillance theory
• Former head of MI6, who’s allegedly part of a secret global conspiracy on UFOs, says he believes aliens do exist
• UFO expert claims ISS video is ‘100% proof’ NASA, Russia know aliens visit the space station
• Bug expert declares there are insects on Mars and then suddenly deletes research after backlash
• UFO expert claims to have video proof of a fleet of alien spaceships passing by our moon
• 5 Navy veterans and new anonymous source who witnessed the USS Nimitz UFO incident come forward to reveal what they saw
• Retired Air Force Major says a space alien was shot and killed at a base in 1978, government covered it up
• US Navy pilot David Fravor who claims to have witnessed a UFO says the tapes of the encounter have disappeared
• Eyewitnesses spot identical fleet of UFOs in the sky over Utah and North Carolina in the same day
• UFO expert says he has ‘100% proof’ that aliens currently live in a ‘city’ on our moon
• Red triangular craft recorded hovering in the Texas sky is perhaps the ‘clearest UFO footage’ ever
• Top Gun Navy pilot describes his incredible UFO encounter on ‘The Joe Rogan Experience’
• A strange ‘fleet’ of 14 glowing UFOs was spotted and caught on camera off the coast of North Carolina