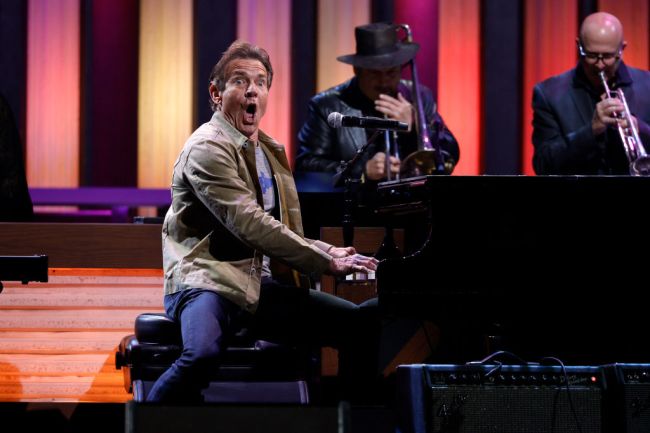 Dennis Quaid never ceases to amaze. The 67-year-old actor first broke into the Hollywood scene in the 1980s with movies like The Right Stuff, Innerspace and The Big Easy, but might be best known amongst younger generations for his roles in The Parent Trap, The Rookie and The Day After Tomorrow.

He is considered one of the best actors to never receive an Oscar nomination, but he isn’t just on-screen talent. He’s also a producer, director, writer and… singer?

Quaid shows up at the Opry.

Maybe I have been living in the dark here, but I did NOT know that Dennis Quaid is a musician. So when I was watching this weekend’s Grand Ole Opry performance and he popped up, I was baffled.

For those of you who don’t know, the Opry is the most famous venue in country music. It’s not considered the “Mother Church of Country Music,” like the Ryman Auditorium, but it’s a huge deal.

Quaid is an outlier to those rules, of sorts, but he still brings the house down. He showed up over the weekend and joined the Bellamy Brothers to sing their new single “I Can Help.”

The Bellamy Brothers are a big deal in their own right. Like Quaid, their career really skyrocketed in the late 70s and 80s.

They have had 10 number one singles, 25 in the top-10, and more than 50 on the overall charts. They tapped Quaid to join them in the studio.

A man of many talents.

It actually wasn’t the first time that Quaid has played the Opry. He made his debut back in December with his band The Sharks.

.@DQSharks is making his Opry debut tonight and dedicates “On My Way to Heaven” to his friend Charley Pride. ❤️ #OpryLive pic.twitter.com/tgPHXVOMd6

Quaid also played a full takeover back in March.

Money certainly helps, but Quaid looks great for 67 years old and his fourth wife is 40 years his younger, so she would agree. In addition to his singing and acting, I also just found out (thanks, internet) that he has his pilot’s license and is a one-handicap golfer. What can’t this man do?!