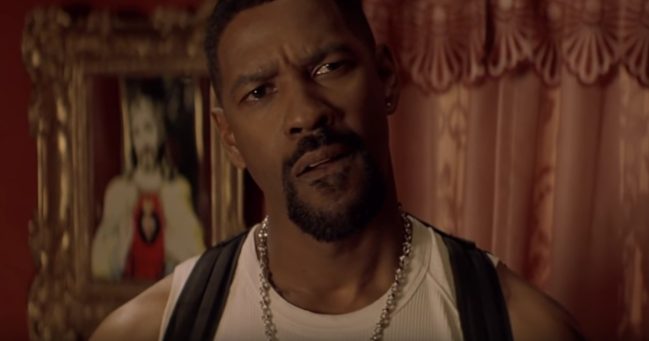 Today — December 28, 2021 — is Denzel Washington’s 67th birthday, so it all stands to reason that we should spend the week celebrating one of the world’s greatest living actors and one of the greatest American actors of all time. You can keep Daniel Day-Lewis (no disrespect to him, of course) — give me Denzel all day, every day.

Yesterday, we brought you the story of how Denzel, despite now approaching his 70s, still strives for excellence, as he recently revealed he’s had talks with Paul Thomas Anderson, Steve McQueen, and Alfonso Cuarón about working together on a project, because [The Tragedy of Macbeth director] Joel Coen “sets the bar high” and he wants to “keep moving up.” That, my friends, is the sign of excellence, as Denzel wants to continue mastering his craft and working with the most talented people in the world.

Today, though, we’re going to wind the clocks back about 20 years, to when Denzel was making Training Day, the film that earned him his second Academy Award. During a recent appearance on CinemaBlend‘s ReelBlend podcast, Training Day co-star Ethan Hawke revealed that Denzel, somehow, didn’t think he was even in the film’s best scene, which he apparently thought was the bathtub scene with Hawke’s Officer Jake Hoyt negotiating for his life.

“Hawke was a nominee in the Best Supporting Actor category for Training Day, and when the time came for his name to be read, they used the clip of his character, a police officer, being shoved into a bathtub with a shotgun in his face. It’s one of the most intense scenes in the entire film, and one that actually made Hawke’s co-star, Denzel Washington, a little jealous.

I remember about that day, particularly, Denzel stopped by the set and he watched for a little while, and he went, ‘Damn! I’m not in the best scene in this movie.’” [via CinemaBlend]

While I undoubtedly respect Denzel’s extremely professional opinion, he was likely just being kind to the young Hawke, as everyone who’s seen Training Day knows the highlight is Washington’s epic “KING KONG AIN’T GOT SHIT ON ME!” rant.

Happy birthday, king — here’s to many more years of you making magic for us. By the way, Denzel’s latest film, The Tragedy of Macbeth, will hit AppleTV+ on January 14.