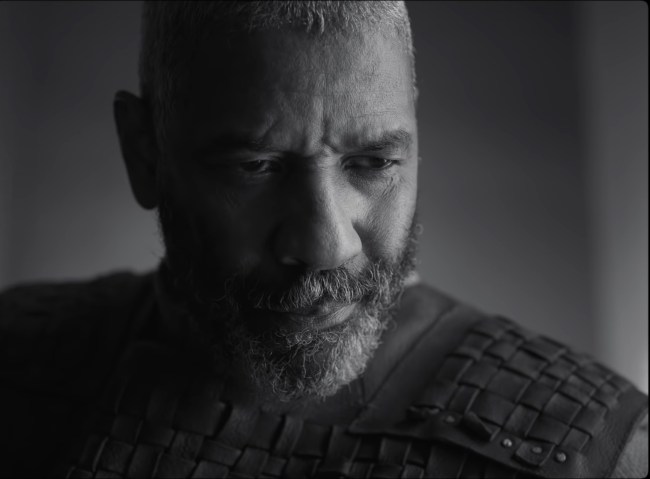 Denzel Washington’s latest film, The Tragedy of Macbeth — which hit theaters on Christmas Day and will hit AppleTV+ on January 14 — is unsurprisingly a banger, as the Joel Cohen-directed film currently boasts a 94% critics score on Rotten Tomatoes and is being favored to rack up a slew of Academy Award nominations.

Now 66-years-old, the two-time Academy Award winner remains at the top of his game, as he’s still largely considered to be one of the world’s greatest living actors — a notion that will only be enhanced by his performance as the legendary Macbeth.

Despite now approaching his 70s, Denzel remains in the midst of an endless pursuit of excellence, as he recently revealed in an interview that he’s had talks with Paul Thomas Anderson, Steve McQueen, and Alfonso Cuarón about working together on a project.

Asked by BlacktreeTV what’s next in his storied career, Washington said that he’s eyeing Shakespeare’s King Lear (either on stage or in film), and has talked to “three of the top directors, directors that [he] wants to work with” about collaborating in the near future.

“I spent a wonderful day with Paul Thomas Anderson and his family, I had great conversations with Steve McQueen, I have a call into Alfonso Cuarón — [The Tragedy of Macbeth director] Joel Coen sets the bar high and I want to keep moving up.”

That’s what makes actors — and artists, in general — like Denzel Washington so elite: their undying thirst for excellence. This is a man who’s accomplished everything there is to accomplish in his respective field and yet he still feels a desire to “keep moving up.” That’s greatness personified.

RELATED – Denzel Washington Breaks Down While Remembering His Late Mother: ‘I Didn’t Cry At Her Funeral’