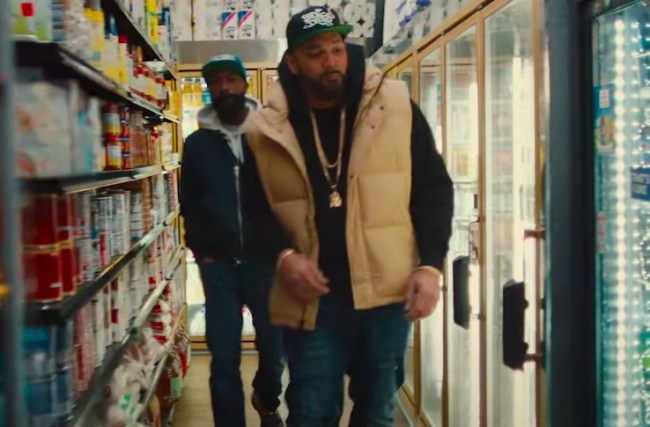 A couple of weeks ago, a whoooooole lot of people got Mad Online when comedian Alison Leiby tweeted about the supposedly unique nature of New York City’s ubiquitous bodegas before her lighthearted joke began to make the rounds and she saw her mentions flooded with people chomping at the bit to remind her convenience stores are a thing.

People who live outside of NYC and don't have bodegas: where do you go to buy two Diet Cokes, a roll of paper towels, and oh also lemme get some peanut butter m&ms since I'm here, why not

I can understand why the tweet managed to rustle plenty of jimmies, as there’s nothing more insufferable than people who act like New York City is the center of the universe and anyone who resides outside of it leads an inherently inferior life. However, at the risk of being That Guy, bodegas have a particularly unique vibe that’s hard to appreciate if you’ve never narrowly avoided stepping on a cat while grabbing a chopped cheese and the cheapest tallboy in the fridge at 2:30 in the morning.

In a way, these establishments are the lifeblood of the city and provide its residents with all of the essentials in addition to a vast assortment of the junk food, drinks, and other random shit you weren’t planning on buying when you walked in but almost always end up leaving with.

It comes as no surprise that the unfairly hilarious Desus Nice and The Kid Mero have a special place in their heart for these stores, as the duo known as “The Bodega Boys” both grew up in the Bronx and know the vital role they play in their local community. In order to show their appreciation,  the two of them recently decided to give back with some help from Pepsi by making the trek to their native borough to stop by Jin Corp Deli and Grocery, which (like most businesses) hasn’t been immune to the impact of the pandemic.

While the owner has dealt with his fair share of struggles this year, he’ll have one less thing to worry about in 2021, as Desus and Mero presented him with a check courtesy of the cola brand to cover the cost of rent for a full year.

I never thought Desus and Mero would do something that could make me feel so warm and tingly inside, but if we’ve learned anything in 2020, it’s to always expect the unexpected.