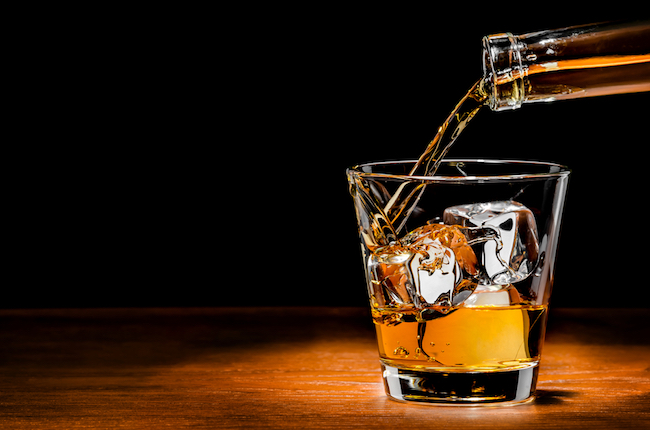 Maybe you have dined-and-dashed at a cheap dinner when you were a mischievous teen, but this offense is downright dastardly. An alcohol enthusiast drank an exorbitant shot of high-priced whiskey and bolted without paying the bill. Now, police are tracking down the gentleman who rang up a huge bill at Washington D.C. eateries.

Authorities believe that 21-year-old Nicholas James Cooper is the man behind the plot to order fancy dinners and drinks in the Washington D.C. area. Cooper is believed to have a British accent and individual who dined-and-dashed across the D.C. area. Cooper allegedly drank and dined at hotel bars in D.C. and then skipped out on the bill.

On March 23rd, Cooper is believed to have ordered a shot of 34-year-old Irish whiskey costing $1,200. Cooper also ate a rack of lamb and a $156 bottle of wine from the Ritz-Carlton and ran his bill to $2,220.40. But the alleged con-artist sent the bill to the room of Denver Nuggets basketball player Trey Lyles, who was in D.C. playing the Washington Wizards.

Police caught Cooper in the hotel lobby before he could escape. Cooper refused to comply with demands to remove his hands from his pockets and told cops to “just shoot” him. Police tackled him to the ground and a bottle of alcohol spilled out of his pocket. Cooper was later released on his own recognizance, the Post reports.

On March 26, Cooper bailed on a $500 tab after ordering oysters and “expensive drink after expensive drink.” Cooper had already been charged with theft after trying to bail on the bill at the Willard InterContinental and Old Ebbitt’s Grill. In March, he attempted to pay with a fake name and a canceled credit card. Three days later, he was arrested for destruction of property after shattering a set of glass doors at the Embassy Row Hotel. The moral of the story is don’t be a conniving asshole.