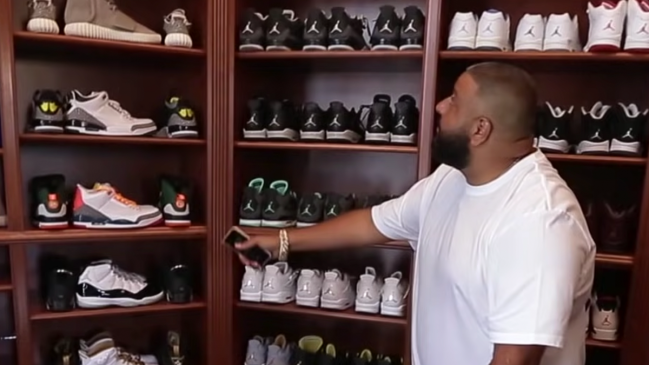 You can spend all day debating the artistic merits of DJ Khaled, but the man who’s best known for screaming “WE THE BEST” over countless hip-hop tracks that have been released over the past couple of decades has undoubtedly carved out a pretty solid niche for himself.

It’s hard to blame people who keep their finger on the pulse of rap music for rolling their eyes after learning his most recent album God Did racked up multiple Grammy nominations alongside the likes of Kendrick Lamar and Pusha T. With that said, those nods were a testament to his ability to stay relevant and amass plenty of ammo he can use against the face of the many, many haters he’s cultivated over the course of his career.

While he’s rubbed plenty of people the wrong way with an over-the-top persona steeped in the Diddyesque braggadocio that defines his essence, it’s impossible to argue DJ Khaled hasn’t done something right when you consider he’s accrued an estimated net worth of $75 million and used his fortune to lead an undeniably unenviable lifestyle.

For example, you’d be hard-pressed to find any sneakerheads who wouldn’t be jealous of the massive closet he constructed in his Miami home, which is overflowing with rare and one-of-a-kind Air Jordans as well as a number of other grails.

That closet is big enough to sleep in—and DJ Khaled is now giving people the chance to do exactly that after teaming up with Airbnb to rent out the space, as prospective guests will have a chance to land one of two one-night stays for two people on December 5th and 6th.

In addition to being a pretty unique opportunity, it’s also one hell of a deal. If you’re able to land a reservation when the bookings go live on November 29th, you’ll only have to fork over $11 for a stay that also comes with a pair of his “We The Best” Air Jordan 5s, a handwritten note from the DJ-turned-Airbnb host, access to a lounge and pool, and a catered dinner.