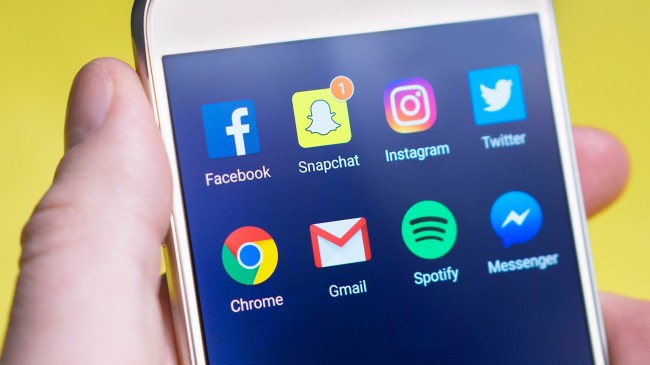 Over the past decade, social media has absolutely revolutionized how people interact with each other.

There was once a time when you had to call someone a “fucking moron” to their face because they said they don’t like something that you do, but thanks to Twitter, you can do the same thing under the veil of anonymity.

You used to have to wait until holidays to hear your uncle say something racist, but now that we have Facebook, you can be subjected to his problematic rants whenever the spirit moves you.

In the past, if you wanted to brag about your vacation, you had to use a thing called a “camera” and develop a mysterious substance known as “film” but Instagram has made it so much easier to make other people feel bad about their own lives.

There’s nothing quite like the dopamine rush that comes with seeing a notification pop up on your phone, but like most addictive substances, social media also comes with a fair amount of downsides.

According to MarketWatch, a new study published by researchers at the University of Pennsylvania has found spending too much time on some of the world’s most popular apps can actually make you depressed.

The psychologists behind the paper recruited a number of students at the school and had one group limit their social media usage to 10 minutes— 10 MINUTES!— per day while telling the control group to go about their normal routine.

According to lead researcher Melissa Hunt, the people who cut back saw a major improvement in mood over the course of the study:

“It was striking. What we found over the course of three weeks was that rates of depression and loneliness went down significantly for people who limited their (social media) use.”

This is all Zuckerberg’s fault.