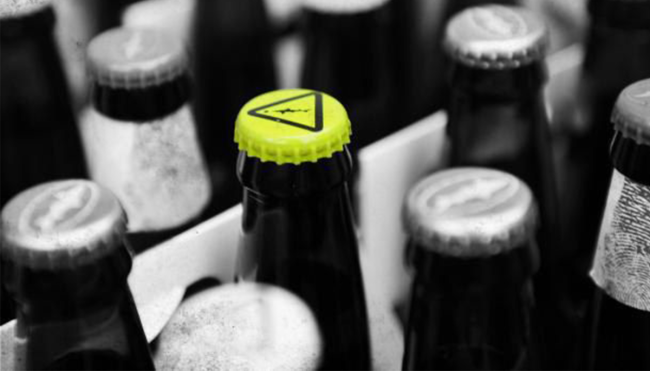 Based on many conversations I’ve had over the years, most people who identify as a Craft Beer Nerd seem to share a similar origin story that marks the start of their journey into the magical world of brewing.

The beginning of this craft beer odyssey can often be traced back to the seminal moment someone took their first sip of a particularly eye-opening “gateway” beer, which usually occurs after they spent years discreetly and exclusively crushing mass-produced lagers with their high school buddies in basements and in the lot before a Dave Matthews Band concert.

I first achieved enlightenment during my freshman year of college courtesy of the four-pack of Dogfish Head 90 Minute IPA I managed to get my hands on before spending the night at a place I was housesitting over winter break. I remember being absolutely amazed by the sweet, hoppy nectar encased inside the bottles—just like I don’t remember anything that happened after I made it about halfway through my third one.

Prior to that point, I didn’t even know it was possible to brew a beer that clocked in a 9% ABV. However, that’s exactly what Dogfish Head founder Sam Calagione did when he whipped up the world’s first Imperial IPA in 2001—although he was certainly no stranger to even boozier brews prior to that point.

I recently got the chance to throw a few beers back while chatting with one of the most influential figures in craft beer to pick his brain about the fascinating path he’s taken since deciding to make beer for a living after having his mind blown by the craft brews he was exposed to while working at a bar in New York City in the early 1990s.

Calagione dropped a ton of knowledge I’ll be sharing in an in-depth recap of our conversation later this week—including the origin story behind the “Warning” bottle caps emblazoned with the dogfish-inspired exclamation point that adorn some of the breweries most aggressive offerings.

The topic came up after I popped open the neon cap perched atop the 15-year-old bottle of 120 Minute I was lucky enough to savor alongside a couple of other vintage behemoths on Monday (which may or may not have resulted in me waking up in a panic on my couch convinced it was Tuesday morning after I saw “9:03” on my phone).

Here how they came to be:

“Back in the late ’90s when we started doing World Wide Stout, our core beers included Immort Ale—made with maple syrup and 11% alcohol that sold for $20 a six-pack in 1997—Chicory Stout, and Raison D’Etre, the first sort of beer/wine hybrid.

When we started making World Wide Stout, we sold it in 12-ounce bottles as singles because we couldn’t afford new packaging. We had cardboard boxes that we tied strings to before sending it out. We charged $100 for a case of this 17% beer.

What was happening at retail was the online beer community had started to exist and gave brewers and beer lovers a place to connect. Nationally, World Wide Stout started getting this following, but the retailers didn’t really know what they had in their stores as well as craft beer lovers did. Some intrepid (but unethical) craft beer lovers were going into stores, emptying the Chicory Stout six-pack, and filling it with World Wide Stout. Then, they’d scan the UPC and get charged $10 for $60 worth of beer.

So, we started putting this really bright ‘CAUTION’ cap on the top of the World Wides for two reasons: to tell the consumers ‘Buckle up and get ready for a journey’ but also so that retailers could see if the six-pack at the checkout line had the yellow caps, which meant something rotten was going on.”

From there, other similarly boozy (and expensive) beers got the same treatment and the rest, my friends, is history.