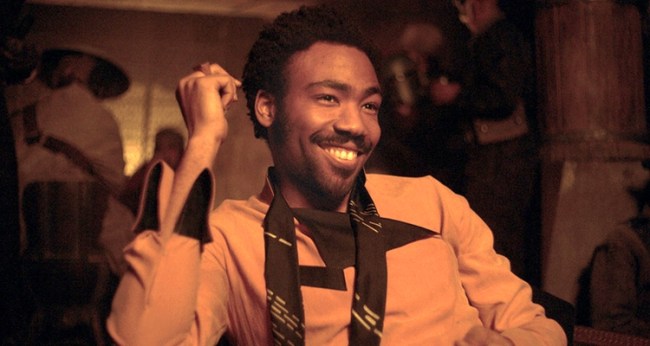 While Solo: A Star Wars Story is generally considered to be one of the worse Star Wars films, I actually think its reputation is sort of unwarranted: it really isn’t that bad! Would I have liked someone with a little more star power to play Han Solo? Sure! But when it comes to simple, mindless action movies that you can turn your brain off and enjoy for two hours, Solo is solid.

Disney — ever heard of them? — obviously agree, as new rumors seem to indicate that Donald Glover, who portrayed Lando Calrissian, will eventually return to the galaxy far, far away.

A podcast called Kessel Run Transmissions claims that Donald Glover will return to the role of Lando Calrissian for a new Disney+ original series. A representative for Disney did not immediately respond to a request for comment.

Now, while this might make perfect sense, it also seems highly unlikely, given how in-demand Glover is as a performer, musician and creator (his beloved FX series Atlanta will be back at some point). Lando would be a huge draw for Disney+, especially if Glover had some role in the show’s creation, but it’s questionable how available he would be for a project of that scale and complexity, especially given the massive time commitments involved. [via Collider]

Given that the immediate future of Star Wars will seemingly unfold on Disney+, the Mouse House trying to bring Glover back into the franchise for some sort of series or eventual film seems like a wise decision — with Glover’s undeniable charisma, he could easily carry a Star Wars project on his own.