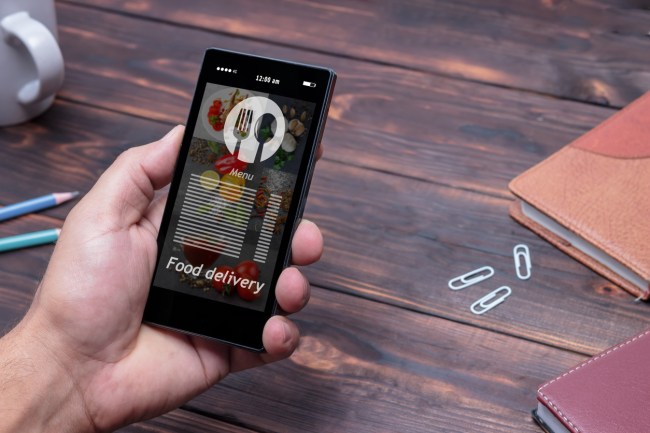 You get a burger or pizza delivered to your apartment because you’re a lazy SOB and because it is hotter than the core of a newly created neutron star. So you pick up your phone to order a meal on a delivery app and 35 minutes later you have somewhat warm food. You tip the hardworking delivery person for the nourishment and braving the extreme heat as well as the dangerous labyrinth of crazy cab drivers.

DoorDash reportedly takes tip money and use it to pay a worker’s base pay, which is supposed to be a given income and the tips are expected to be in addition to the base pay.

The New York Times did an exposé about the shady practices of DoorDash this week. Reporter Andy Newman volunteered to be a DoorDash delivery person for six days and wrote about his eye-opening experience.

DoorDash offers a guaranteed minimum for each job. For my first order, the guarantee was $6.85 and the customer, a woman in Boerum Hill who answered the door in a colorful bathrobe, tipped $3 via the app. But I still received only $6.85.

Here’s how it works: If the woman in the bathrobe had tipped zero, DoorDash would have paid me the whole $6.85. Because she tipped $3, DoorDash kicked in only $3.85. She was saving DoorDash $3, not tipping me.

It’s like they go out of their way to be dastardly pic.twitter.com/QYtkw7BjW7

Many customers simply assumed that the tip money went straight into the pockets of the delivery person since it says “TIP” and not “DONATION TO DOORDASH” on the app.

DoorDash relies on a “tipped wage,” where employers pay workers less than the minimum wage and the employees must rely on tips to make the job worth it. Many also contend that DoorDash is not completely transparent with their pay structure to employees.

Other delivery apps such as Postmates, Grubhub, Seamless, and Uber Eats do not use customer tips to subsidize employee pay. Grocery delivery service Instacart used to have the same tipping system as DoorDash, but increased their base pay from about $3 to between $7 and $10 after an outcry on the internet.

You could boycott DoorDash and use one of these other delivery services. You could also send a big “FU” to DoorDash by tipping the delivery person in cash or send payments through Venmo or PayPal.

DoorDash has responded to the criticism by issuing the statement. “We guarantee Dashers will earn a minimum amount, including tips, for completing each delivery,” DoorDash said. “This ‘guaranteed minimum’ — which Dashers see before accepting any delivery — is based on the estimated time and effort required to complete that delivery. Dashers tell us they value knowing the minimum they’ll earn up front, and our model is designed to make the guaranteed minimum fair for every delivery — including the vast majority of orders where DoorDash provides a pay boost to ensure the Dasher receives at least the guaranteed amount.”

A DoorDash spokesperson said approximately 15% of the time that customers don’t leave any tip.

DoorDash claims that 80% of its workers prefer the current payment model, which was introduced in 2017. Employees allegedly prefer the system with a base pay because deliveries can be so unpredictable and you can’t count on tips because they are so small or because there are times when there are none at all.

A DoorDash spokesperson said the company is always trying to improve its payment structures and in most cases the company contributed more to a delivery person’s guaranteed minimum than customers.

DoorDash CEO and co-founder, Tony Xu, defended the company’s pay structure last month. “Providing this guarantee upfront means that Dashers are more likely to accept all kinds of deliveries because they know what their earnings will be even if the customer provides little or no tip,” Xu said. “As a result, customers receive their orders faster and more reliably, which in turn generates more opportunities for Dashers.”

DoorDash has a valuation of $12.6 billion after raising $400 million in February and another $600 million in funding in May.

In February, DoorDash workers filed a class-action lawsuit against the delivery app for tip theft. Then in March, about 200 tech workers and students signed a pledge to not work for DoorDash unless it agreed to pay employees at least $15 per hour.

The gig economy offers many opportunities, but also relies on employees being independent contractors who have much fewer protections.