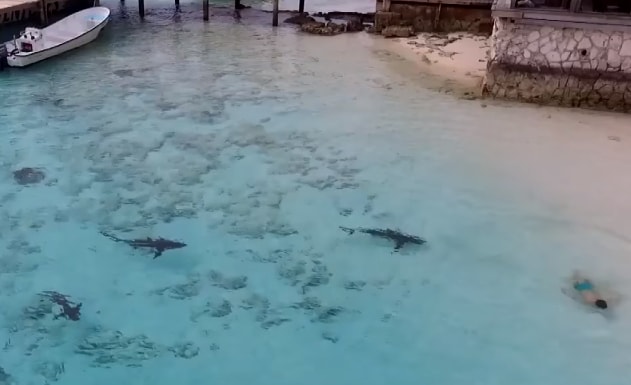 While you’re using your drone to take boring videos of your neighborhood, this drone operator used his eye in the sky to save a young boy from a swarm of sharks. Artem Tkachenko launched his drone from a beach in the Bahamas to take aerial photos of the picturesque turquoise waters. Suddenly, he spotted four sharks swimming towards a young boy in the water. The frightening footage from the drone captures the moment sharks were closing in on a young boy.

The child was joyfully swimming in the ocean and unaware that there were five large sharks coming his way. Tkachenko began screaming at the boy to run. “Thank God he heard me,” Tkachenko said. The boy sprinted out of the shark-infested waters just in time as the sharks swam by. Thankfully the young boy escaped being a shark lunch. Now go fly your drone and save the lives of innocent kids.