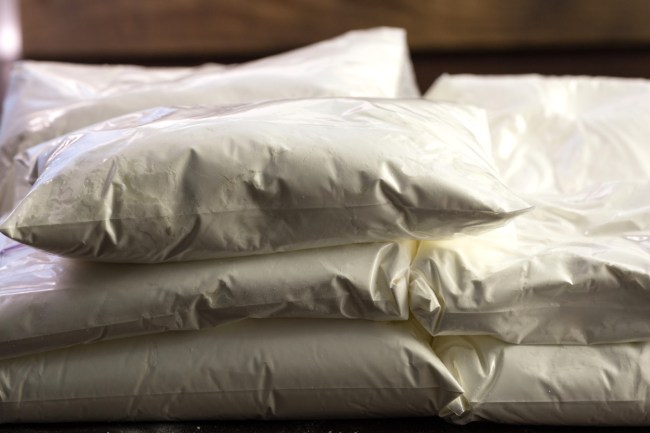 As is the case with basically any recreational drug that can be found in the wild if you know where to look, cocaine has a history stretching back thousands of years, as people in South America were aware of the stimulating properties of the coca plant long before people in white blazers at yacht parties in Miami were using a rolled-up bill to make a line of the powder extracted from it disappear up their nose.

Hell, there was even a time when the good folks at Coca-Cola used it to give their signature soda a kick, but like many natural substances that make people feel a bit too good, cocaine was gradually outlawed around the world until people stopped doing it altogether, once again proving prohibition is the most effective form of regulation.

Despite the best efforts of law enforcement, cocaine has a dedicated following around the globe and the people who supply it collectively rake in hundreds of billions of dollars on an annual basis. Even if you’ve never done it, you’ve probably still managed to derive some enjoyment from it if you’ve ever watched Al Pacino shove his face into a mountain of blow in Scarface or binged the Netflix series Narcos, which follows the rise and fall of Pablo Escobar and the Medellín Cartel.

The vast majority of the world’s cocaine is produced in Colombia, Peru, and Bolivia, and while the blizzard might form in South America, there are criminal organizations all around the globe that play an instrumental role in blanketing other regions in snow.

That includes what appears to be a “soon-to-be-former” operation down in Oceania, as CNN reports authorities in Papua New Guinea recently conducted an investigation at a remote airstrip where a plane crashed shortly after takeoff and discovered a Cessna that was stuffed with 1,100 pounds of cocaine with a street value of $57 million. It appears the traffickers were attempting to fly the haul back to the Australian mainland but police say they encountered a fatal flaw in their plan after failing to take the weight of the drugs into account, as it appears it the load was heavy enough to interfere with the plane’s ability to stay airborne.

Six people were ultimately arrested on a variety of charges, with law enforcement officials saying they were part of a Melbourne-based drug ring with connections to the Italian mafia, which I found to be quite an interesting twist.

Is the mob reaching its hands into the Australian cocaine trafficking realm these days? If you ask me, that just seems like a logistical nightmare. I mean, any good financial advisor will stress the importance of diversifying your portfolio, and yes, technology has made it easier than ever to conduct business remotely (which is also more necessary than ever). With that said, the distance between the mafia’s primary base of operations and Australia is pretty damn significant and situations like this show why it helps to have boots (or impeccably shined Italian leather loafers) on the ground to do quality control.

I’ll admit I’m not super well-versed in organized crime or international drug trafficking but I don’t think you have to be an expert in either to know that’s just a sound way to do business.