Dwyane Wade Shows Support For Nick Cannon, Who Said White People Are ‘A Little Less’, ‘Closer To Animals’, And ‘The True Savages’ 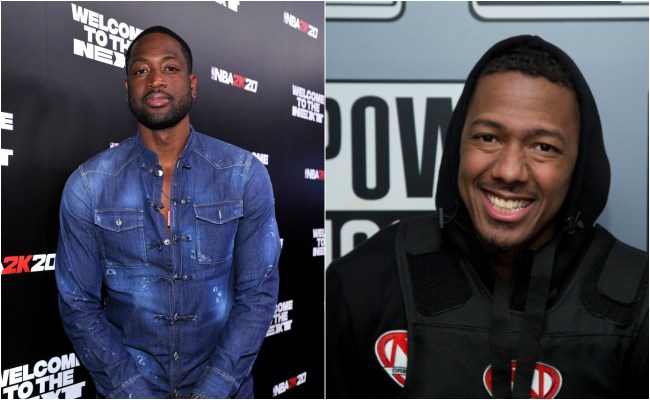 Editor’s Note: Dwyane  Wade has since deleted his tweet, but we’ve posted a screenshot below.

In a private tweet to Nick Cannon (it does not appear on his Twitter home feed), former Miami Heat shooting guard Dwyane Wade voiced his support for the recently-fired entertainment personality, who said on a recent episode of his “Cannon’s Class” podcast that White people are ‘a little less’, ‘closer to animals’, and ‘the true savages’.

In that same episode, Cannon also said “you can’t be anti-Semitic when we are the Semitic people.”

“It’s never hate speech, you can’t be anti-Semitic when we are the Semitic people,” Cannon said. “When we are the same people who they want to be. That’s our birthright. We are the true Hebrews.”

Following his racist comments, Cannon was immediately fired by ViacomCBS, where he’s worked for the last two decades. In a statement, ViacomCBS told Variety that “categorically denounce all forms of anti-Semitism”:

“ViacomCBS condemns bigotry of any kind and we categorically denounce all forms of anti-Semitism. We have spoken with Nick Cannon about an episode of his podcast ‘Cannon’s Class’ on YouTube, which promoted hateful speech and spread anti-Semitic conspiracy theories. While we support ongoing education and dialogue in the fight against bigotry, we are deeply troubled that Nick has failed to acknowledge or apologize for perpetuating anti-Semitism, and we are terminating our relationship with him. We are committed to doing better in our response to incidents of anti-Semitism, racism, and bigotry. ViacomCBS will have further announcements on our efforts to combat hate of all kinds,” the statement read.

Wade isn’t the only prominent figure to voice support for Cannon, as Diddy tweeted at Cannon telling him to join RevoltTV, a station that recently featured an appearance from Farrakhan, the leader of the Nation of Islam that DeSean Jackson and Stephen Jackson showed support for.

.@NickCannon come home to @REVOLTTV truly BLACK OWNED!!! ✊🏿❤️ We got your back and love you and what you have done for the culture. We are for our people first!!! For us! By US! Let's go!!!

RELATED: Nick Cannon Demands An Apology From ViacomCBS After They Fired Him For Making Anti-Semitic Remarks And Saying White People Are ‘Savages’