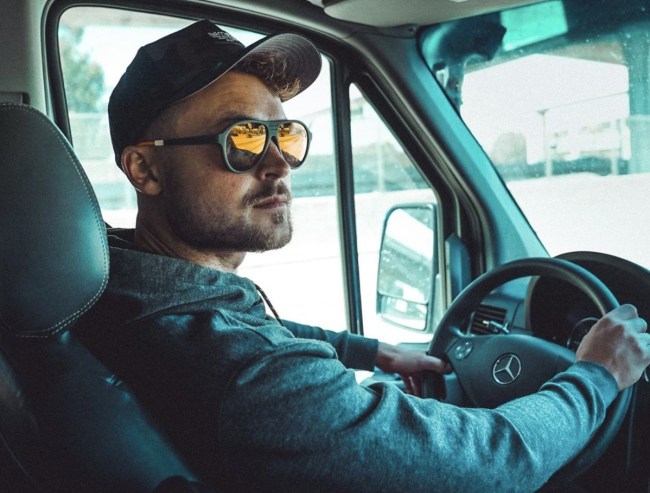 The series forces some of the most in-shape athletes in the world to step outside of their comfort zones and push themselves at an unfamiliar worldly experience. I received a sneak-peek at the first episode, and if outdoors, adventure, and athletics are your thing (if you’re on this site, it probably is), then you’re going to be hooked on Flow State. I say that with all sincerity. Between the unique concept, big-name guests, fresh graphics and Efron’s energy, it’s an awesome break from the everyday hustle. And that’s exactly what the show intends.

A ‘flow state’ is defined as an optimal state of consciousness in which we feel and perform at our best. It’s complete immersion in the moment.

Efron, who partnered with Firestone Walker Brewing Company, has worked hard to create a life of freedom that allows him to seize every second of the day. Over the last ten years, Efron has been training as a professional triathlete while simultaneously rock climbing across the Western United States and driving around North America in his second home— a van he calls ‘The Wolf.’

Running with the Tarahumara. . So much more I want to learn from Martin and the others. Goal is to join them for a 100km race next year 🙏🏼 📸 @charly_kraztaway @aarondiaz

Meanwhile, he’s also been journeying around the globe to shoot his own show, as well as produce his brother’s Netflix Show ‘Down To Earth’ and YouTube series ‘Off The Grid.’ Dylan’s easy going rapport and willingness to jump into something unfamiliar translates to good conversation on the show and helps his guests take their walls down.

Efron and Firestone Walker will drop one episode per month through March on his YouTube channel beginning tomorrow. Each episode is less significantly than 30 minutes and moves at the perfect pace. You should really check it out.

The shared ethos between Efron and Firestone Walker led to idea-swapping over beers, and subsequently, the creation and development of the new series. Firestone has been Dylan’s beer of choice since he was old enough to sip one, and their shared spirit of adventure and commitment to exploration led to a perfect marriage for an awesome series.

“I’ve always thought that the best way to make friends is to share an experience,” Efron said. “That’s what draws me to the outdoors, making friends and learning something new.”