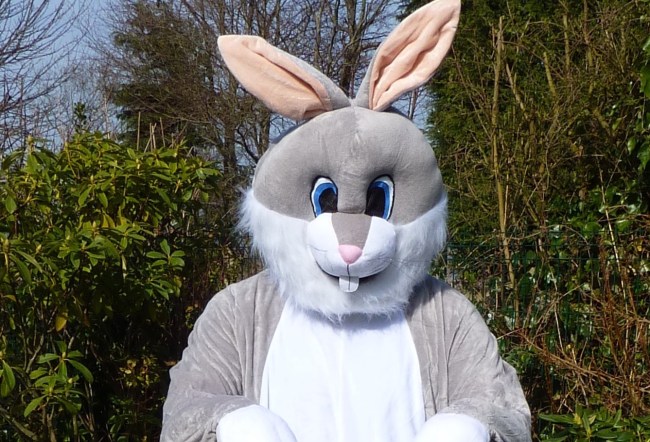 On Sunday, millions of people around the world celebrated Easter, a day where a magical bunny hides eggs filled with candy and loose change to celebrate the resurrection of Jesus for reasons I’ll never be able to fully understand.

Easter is supposed to be a day of celebration—an occasion that’s usually celebrated by eating copious amounts of ham, slaughtering a sacrificial butter lamb, and throwing Peeps in the microwave to watch them suffer a grisly fate.

Sadly, it appears no one bothered to tell that to two people in Florida who decided to engage in some fisticuffs on Sunday night. According to The South Florida Sun-Sentinel, a man and a woman started trading blows on a street in Orlando after the guy reportedly bumped into her before a costumed vigilante swooped in to break up the fight.

However, the masked hero in question wasn’t rocking a cowl or a cape but rather an Easter bunny suit, and while I wouldn’t expect someone in that attire to hold their own in a fight, he managed to do that and then some after attempting to defuse the situation.

The Easter bunny in a fight in Orlando pic.twitter.com/dgAV5dx7Wp

Trying to beat up a woman is already a bad look but I don’t know if it’s as humiliating as getting your shit absolutely rocked by a guy in a bunny costume.

There’s no coming back from that.