Shake Up That Spray Tan Can And Call Your Steroid Guy Because Ed Hardy Is Making A Comeback! 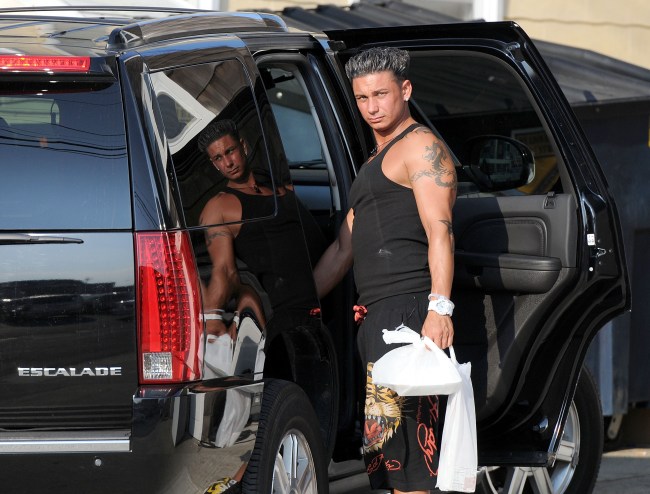 “It’s better to burn out than fade away.”
– Ed Hardy

Back in 2009, you couldn’t walk into a bar without being blinded by the glaring light of a bedazzled Ed Hardy tee shirt worn by someone who looked to be one steroid injection away from cardiac arrest. Pair those with a pair of True Religion jeans and you officially have the unofficial outfit of domestic violence.

But, the brand had taken a stark divergence from what it set out to represent. Don Ed Hardy, known as the ‘Godfather of Modern Tattooing,’ became popular for incorporating Japanese tattoo aesthetics into his American styles. But, when the fashion designer Christian Audigier joined forces with the brand, Ed Hardy began whoring itself out to any influencer who would rep the brand, angering Mr. Hardy himself.

“Christian worships celebrities so much, he will get next to anyone who is famous for anything,” Hardy once told the New York Post. “If he could have gotten Charles Manson in a shirt, he would have.”

The brand’s downfall, according to Hardy, was Jon & Kate Plus 8 reality star Jon Gosselin, who donned the Hardy brand relentlessly through his highly-publicized and morally dubious divorce.

“That Jon Gosselin thing was the nail in the coffin,” Hardy said. “That’s what tanked it.”

Hardy would go as far to say that “morons dehumanized” the brand, citing that the Jersey Shore cast didn’t do it any favors.

Welp, a decade later, the brand is looking to dust off the stigma and make a resurgence. Via MarketWatch:

Iconix Brand Group Inc. ICON, +2.27% said Monday that it has partnered Ed Hardy with a new licensee, Vanilla Star, to bring the brand, known for its showy prints and designs, back to the U.S. and Canada. Graphic tees will start at $98 and are currently available online. The brand will draw from tattoo culture; Don “Ed” Hardy began as a tattoo artist, and will be getting a retrospective of his work at the de Young Museum on view from July 13, 2019 to October 6, 2019. The collection will also include track suits, hoodies and leather jackets.

This is excellent news for those who bleed spray tan. And Ben Affleck.