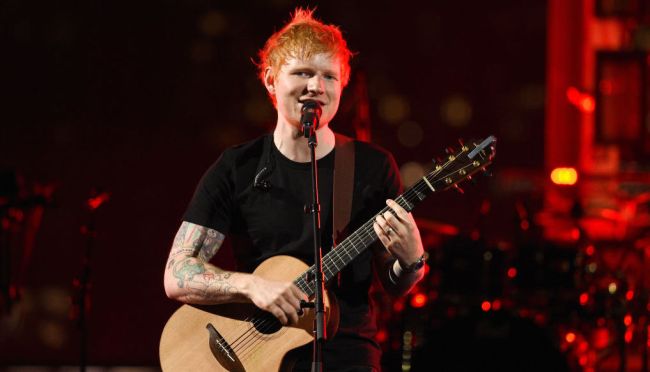 Confession time: Ed Sheeran ain’t half bad. I say half because while some of his early stuff slapped — “Thinking Out Loud” and “Photograph” are both BANGERS, sorry not sorry — his recent stuff has gone the way of Coldplay, wherein he stopped doing alternative music and started doing pop music.

Nevertheless, I mention my appreciation for some of Sheeran’s early work because I know he’s spent the year since essentially becoming a meme, getting made fun of every which way you turn on the internet. It should be noted, though, that Sheeran — with a reported net worth of $200 million — is laughing all the way to the bank.

Part of the reason that Sheeran gets ripped on so frequently is, according to the singer/songwriter himself, due to the infamous South Park episode “Ginger Kids”, which Sheeran claimed “ruined his life,” particularly as it relates to how he was received in the United States.

“Having red hair in England was always a thing that people took the piss out of you for, but it was never something in America. People never knew what a ginger was in America. That episode of South Park fucking ruined my life,” Sheeran said on Slam Radio.

” I was going to America and everyone was like, ‘I love your hair dude.’ And I was like, ‘Oh my God, people like my hair?’ And then I remember that episode coming out and that was just it worldwide for the rest of my life.” [The Independent via Slam Radio]

Released back in 2005, “Ginger Kids” is the eleventh episode in the ninth season of South Park and has been largely credited with popularizing the phrase “ginger” (and even “daywalkers”, for that matter) amongst millennials. Man, the glory days of South Park truly were something else