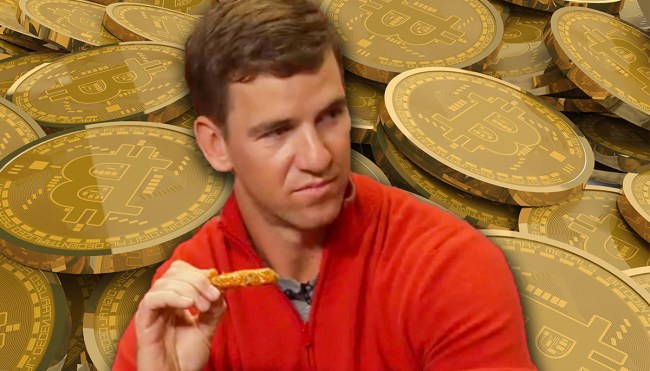 It’s been around a year since NFTs took the world by storm, and after spending a few months trying to figure out exactly what the hell was going on, I decided to finally admit I didn’t have the faintest idea and gave up on my quest to make sense of it all.

Did I miss out on the chance to retire in my 30s thanks to a JPEG of a cartoon monkey in a Robocop costume smoking a joint? Perhaps, but I’ve come to terms with that and like to think my life is better as a result.

There’s no denying there are practical uses for the technology that serves as the foundation for NFTs, but when you take a look at the many baffling projects that have harnessed it, it’s not too hard to understand why the trend has been met with an incredible amount of skepticism.

Earlier this week, a new challenger entered the virtual arena in the form of Frank’s Red Hot, which recently unveiled what’s been dubbed an “edible NFT” linked to a new cryptocurrency called “bonecoin.”

You're already eating buffalo wings. Now you could get an edible NFT for doing just that. Got questions? Go to https://t.co/53qKEpp81c pic.twitter.com/Kd6BwAx0jW

On Wednesday, Eli Manning appeared on The Today Show to let viewers know how to earn bonecoins by taking pictures of chicken wings, because this is apparently the world we now live in.

Um, what is Eli Manning talking about? pic.twitter.com/zsvxDyQynq

You have to imagine Frank’s Red Hot knew exactly what it was doing by releasing a virtual currency with “bone” in the name, and as you’d expect, people have plenty of jokes.

Bout to see if the wife wants to earn some Bonecoin later….. pic.twitter.com/gZRjSX3STG

"If you scan a picture of your chicken wing bone you can earn what's called bone coins. Whoever earns the most bone coins can win this NFT. It's a real NFT, a digital one, and then also they'll ship you an edible NFT that you can eat."https://t.co/ifClC5A4Vx pic.twitter.com/SebOGxBlVj

Someone really got Eli Manning to say Bone Coins.