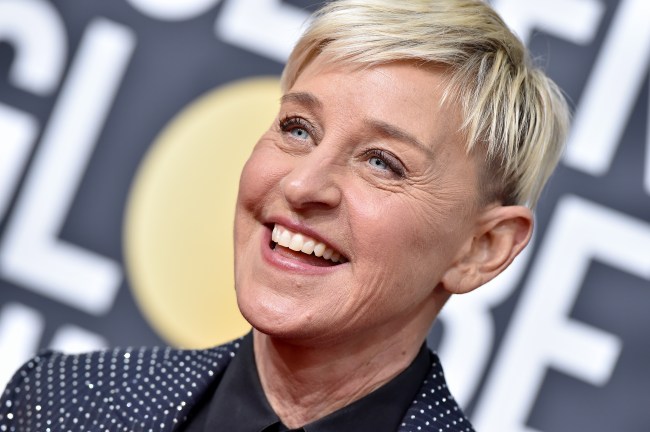 I’m not here to declare my moral superiority over someone whose stature and responsibility I will never achieve.

If I were accountable for putting food on the table of hundreds of employees, I’d probably make everyone crawl around the office on their hands and knees and charge $20 per eye contact. Steve Harvey knows what’s up.

It’s no secret that fame breeds self-importance and self-importance gives carte blanche to treat less successful people like shit, but one would expect the woman who dances like every white woman at Home Goods and gracefully interviews children to buck the trend.

Those who deal with Ellen DeGeneres when the cameras aren’t rolling are regaling their personal tales of Ellen’s less bubbly side. The thread, which at the time of this writing has garnered 7,300 comments, was initiated by comedian Kevin Porter, who claims Ellen is “notoriously one of the meanest people alive.”

Right now we all need a little kindness. You know, like Ellen Degeneres always talks about! 😊❤️

She’s also notoriously one of the meanest people alive

Karen Kilgariff was her head writer for 5 years until the writers' strike. When Karen wouldn't cross the picket line she was fired and Ellen never spoke to her again.

I worked @RealFoodDaily, served her & Porsha at brunch. She wrote a letter to the owner & complained about my chipped nail polish (not that it was on her plate but just that it was on my hand). I had worked till closing the night before & this was next morn, almost got me fired.

A friend of mine told me about a custodian she knew who was fired bc he was slightly autistic and forgot he wasn't allowed to look at or speak to her, and he loved greeting everyone.

Kathy Griffin said that when Joan Rivers died, Ellen staunchly refused to do a tribute to her because her comedy (and Kathy’s) were “the wrong kind,” too mean-spirited. We love a pious comic.

“Get off my lawn before I call the police.”

After working for Ellen for over 5 years, close friend left to have baby, & found different job on a union network show (benefits etc), Ellen BEGGED her to return then fired her after 1 week, no reason given, and friend struggled for long time w new baby and no benefits etc.

An old friend worked on her lot & smiled & said “good afternoon” to her one day & she became unhinged. “Who do you think you are? You don’t look at me” yada yada. She said Portia was with her & seemed embarrassed & tried to calm her down. Has forever changed my opinion of her.

No one likes an eager beaver.

My friend is a Carpenter and he and his crew worked on Ellen’s deck in her backyard at her estate. Not only was she rude and didn’t offer them water or a bathroom to use, she ended up skimping on the full payment for the job and said it wasn’t to her specifications when it was

A) She has a "sensitive nose" so everyone must chew gum from a bowl outside her office before talking to her and if she thinks you smell that day you have to go home and shower.

If you have body odor in a professional setting and are told to go home and shower instead of losing your job, consider yourself lucky.

Friend was a PA on her show, got their first staff writer job & put in notice, instead of “congrats!” was told to give their Christmas gift back

I have another food one: she polices her crew's lunch orders, nobody allowed to eat fish etc. They would come hide on our stage to eat what they wanted away from her.

If she’s paying, she’s ordering. Them the rules.

TL;DR Ellen is evil because employees don’t like the lunch she buys for them and she prefers they don’t come to work smelling like shit. Toss her in a cell and throw away the key.