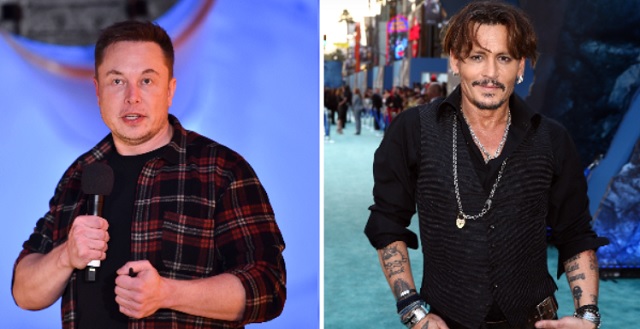 Things are getting spicy between Elon Musk and Johnny Depp.

Supermodel Cara Delevingne is the latest celebrity name to be dragged into Johnny Depp’s $50 million defamation suit over claims she had a ‘three-way affair’ with Amber Heard and Elon Musk, DailyMail.com can exclusively reveal.

Heard dated Musk, 48, on and off for several years but the Tesla mogul insists they only became romantically involved after her marriage crumbled in May 2016.

Depp claims otherwise in court filings, saying that staff at the Eastern Columbia Building recall Musk visiting Heard ‘late at night’ while Depp was away filming in 2015.

He subpoenaed Musk last year for any texts, emails, letters or communications he exchanged with Heard during their marriage or anything mentioning alleged incidents of domestic violence.

Musk also went on to challenge Depp in a cage fight after Depp allegedly sent threatening text messages to the business mogul.

He had a far more unexpected response when asked about text messages the “Pirates of the Caribbean” star had sent allegedly threatening to “slice” off the mogul’s “d–k.”

Hopefully, Dana White sees this and is able to put them Musk and Depp in the Octagon so they can settle their differences.