Woman Keeps Getting Crazy Texts For Previous Owner Of Her Phone Number, Eventually Realizes The Digits Belonged To Elon Musk 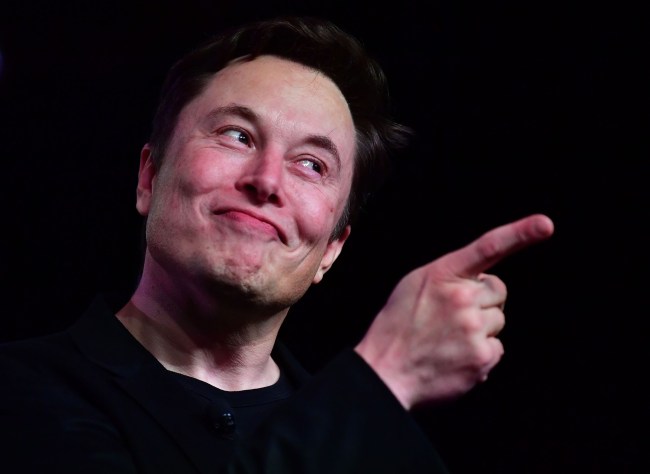 A few years ago, Lyndsay Tucker was assigned a new phone number from AT&T. Almost immediately, the 25-year-old California resident began getting text messages and calls for the previous owner of the number.

Each phone call and text was weirder than the last.

She explained to NPR:

One woman volunteered to go to space with SpaceX. Another person sent a blueprint for a bionic limb. “Which is, No. 1, really cool,” Tucker said. “But I have no idea how it’s built.”

“I assumed I had messed something up,” Tucker said about that call. “It was a huge relief they weren’t looking for me.”

Tucker finally told her mom about the calls and messages and said to her that people were looking for some guy named Elon Musk.

“I asked my mom, ‘Hey, I keep getting these text messages’ — and I was also now starting to get phone calls — ‘for this guy Elon Musk,’ ” Tucker said. “‘I don’t know who this is.’ And my mom’s jaw just dropped.”

NPR explains that the phone number was used to sell an old condo that Musk owned in Palo Alto, California. The number has since spread throughout the internet as a contact for Musk.

The number “took on a life of its own” and was replicated on dozens of websites as Musk’s current digits.

“Wow,” Musk said in an email. “That number is so old! I’m surprised it’s still out there somewhere.”

Tucker explained to NPR she spends a ridiculous amount of time explaining to people she’s not the head of Tesla. It usually takes a while to convince people.

“They say, ‘Oh, how do I know you’re not Elon?’ ” she said. “And they suddenly want proof that I’m not him even though they’re obviously talking to a woman on the phone.”

The skincare consultant has also been forced to become a Musk spokesperson of sorts, and she’s forced to pay attention every time his name pops up in the news.

“Whenever I see his name pop up in the news, I’m like, ‘OK, I have to actually learn what he said because, chances are, someone is going to message me about it or call me about it,’ ” Tucker said. “Even though I find it funny most of the time, it does get irritating sometimes when it’s like call after call after call.”

Tucker intends to keep the number. She’s an aspiring actress with a network of contacts who reach her via that phone number.

NPR has some examples of the crazy text messages Tucker gets for Musk. Go check them out.