New Stimulus Proposal Will Give Americans $2,000 A Month Until Employment Reaches Pre-Virus Levels 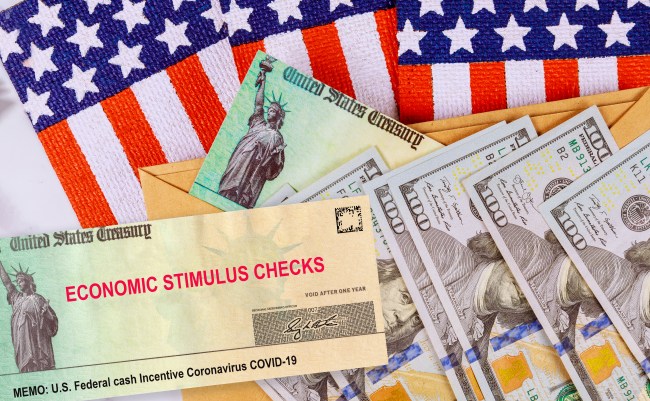 Americans are officially two months into wearing the same sweatpants, but there is only so much bread $1,200 can buy.

On a macro scale, America is struggling. The Washington Post reported last week that the country now has 22 million unemployed, wiping out a decade of employment gains and forcing American families into dire straights.

Industries across the board are hurting like never before, with the manufacturing industry posting its biggest hit since 1946 and home construction suffering through its biggest decline in 40 years. The hospitality industry, well, let’s not go there because there’s only so much bad news one can take.

It is becoming increasingly obvious for many Americans that a one-time stimulus check isn’t enough, and some lawmakers are pushing to give Americans $2,000 a month tax-free to fire the economy back up.

Two of those Democratic lawmakers are Ohio congressman Tim Ryan and California Rep. Ro Khanna, who recently introduced the Emergency Money for the People Act, which will provide almost every American $2,000 per month until employment levels reach pre-coronavirus levels.

In an editorial in Market Watch, Ryan claimed that if passed, every American age 16 and older who earns less $130,000 per year will receive this money tax-free.

If passed by Congress in its current state, Americans would receive the following, as transcribed by Forbes.

Who is eligible for the plan as it stands?

The money will also be made available in more ways to avoid the perpetual hang-ups of our current governmental mechanisms. Payments could come in through direct deposit, check, pre-paid debit card, or mobile money platforms such as Venmo, Zelle, and PayPal.

Praying that Emergency Money for the People Act bill gets approved next 🙏🏽😩 pic.twitter.com/b7QtqWLEbk