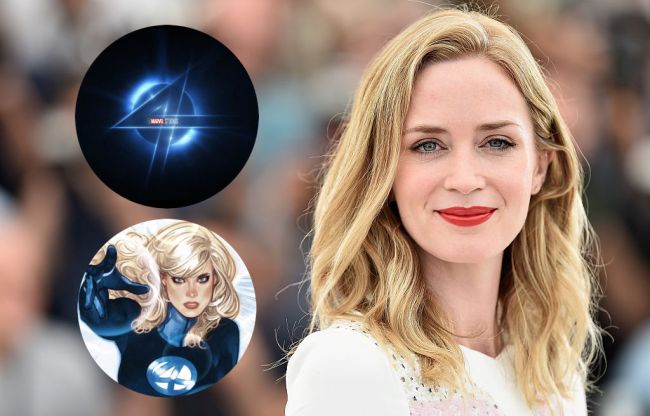 Rarely have I seen comic book movie fans as in agreement about something as they are when it comes to casting John Krasinski and Emily Blunt as Reed Richards, a.k.a. Mr. Fantastic, and Sue Storm, a.k.a. the Invisible Woman.

For what feels like a decade now, fans of the Marvel Cinematic Universe have been calling for Disney to approach the married-in-real-life pair — Richards and Storm are married in the comics, as well — and offer them the roles at the head of Marvel’s First Family.

Just last year, Krasinski himself expressed interest in the role, saying he would love to do it:

“I think to be a part of the Marvel world would be amazing anyway, and the fact that people would even consider me for that level of a part would be amazing,” Krasinki told ComicBook.

Unfortunately for fans crossing their fingers, though, Krasinki’s wife Emily Blunt — the bigger movie star of the two — doesn’t seem all that interested, as she recently told The Howard Stern Show that superhero movies aren’t up her alley.

“That is fan-casting. No one has received a phone call. That’s just people saying, ‘Wouldn’t that be great?’ … It’s not that it’s beneath me. I love Iron Man and when I got offered Black Widow I was obsessed with Iron Man. I wanted to work with Robert Downey Jr.—it would’ve been amazing … but I don’t know if superhero movies are for me. They’re not up my alley. I don’t like them. I really don’t.” [via The Howard Stern Show]

Despite Blunt’s comments, I wouldn’t put her out of the running until someone else is officially cast in the role. She’s worked with Disney a ton recently — starring as Mary Poppins in 2018’s Mary Poppins Returns and in the upcoming Jungle Cruise alongside The Rock — and is, whether she likes it or not, perfect for the Sue Storm role. Fingers crossed.