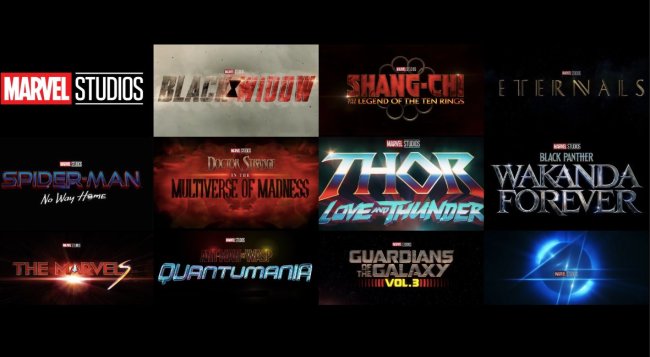 In celebration of the impending resurrection of the movie industry, Marvel Studios has released a sizzle reel -- titled "Marvel Studios Celebrates The Movies" -- that looks back on the memories the franchise has delivered so far while also teasing what's to come.

In addition to sharing footage from Black Widow, Shang-Chi and the Legend of the Ten Rings, and Eternals (finally!), “Marvel Studios Celebrates The Movies” also confirmed the release dates and logos for their entire Phase 4 slate, which appears set to run through 2023.

Doctor Strange in the Multiverse of Madness – March 25, 2022

Now, while Fantastic Four is the only film in the sizzle reel to not have a release date attached, Disney did confirm in their official press release that all the films teased were part of the MCU’s Phase Four, likely putting it on track for a Late Summer/Fall 2023 release.

This, of course, is not all that Marvel Studios has in the works, as there are also 12 Disney+ projects set to release in the next few years: Loki, What If…?, Ms. Marvel, Hawkeye, Moon Knight, She-Hulk, The Guardians of the Galaxy Holiday Special, Ironheart, Armor Wars, an untitled Wakanda series, and an untitled Echo series.

In total, Marvel Studios currently has a whopping 23 projects in development/scheduled for release, making it clear that the behemoth that is the MCU isn’t slowing down anytime soon.

Marvel Studios currently has 23 projects — both theatrical films and Disney+ series — in development/scheduled for release. pic.twitter.com/JnIOu695sU